The Novel Approach welcomes author Ethan Stone on the blog tour for the re-release of In the Flesh, with DSP Publications. Enjoy Ethan’s guest post, then be sure to click on the Rafflecopter widget below to enter for a chance to win an e-copy of a book from Ethan’s Backlist, winner’s choice.

Mystery with Romance versus Romance with Mystery

There’s a fine line between a mystery novel with romance in it and a romance novel with a mystery. In fact, as a reader, it can be hard to figure out exactly which one a book is, especially if the elements are mixed evenly.

If you read an Agatha Christie book, there’s no doubt it’s a mystery. Hercule Poirot was out to solve crimes, not fall in love, same for Arthur Conan Doyle’s Sherlock Holmes. These were detectives first and foremost. If anything romantic had happened in the stories, it was a subplot and definitely not the main point of the plot.

On the other hand, Harlequin romances are just that—romance. The primary goal is for the main characters to fall in love. If there was a mystery involved in the story, it was secondary to the love.

In MM, Josh Lanyon is the best example of books I’d call mystery with romance. In the Adrien English books, Adrien finds himself in the middle of some kind of crime—the death of a friend, a satanic cult, a 500 year old skeleton—while also navigating a tricky relationship with Detective Jake Riordan.

Yes, there’s a romance, a fabulous, sometimes angsty one. The scene where they have sex for the first time is one of the best I’ve ever read. But the focus is not on the relationship, it’s on the solution of the mystery. The romance could be removed and there would still be an awesome mystery. The relationship adds to the whodunit aspect of the series and, in fact, enhances it.

A good example of the other side of things, a romance with mystery, is the Matter of Time series by Mary Calmes. (BTW, it’s pronounced Call-May!) Jory finds himself in all sorts of trouble, more than I could actually list here, but the main focus is always on his relationship with Sam Kage. Even when he’s dating other men or fending off the advances of many, many guys, Jory only has eyes for Sam.

You couldn’t exactly take out the crime elements in the series, because Jory is a major trouble magnet, but the emphasis is on the romance. Not the whodunit. 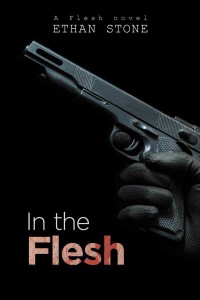 Leave it to handsome lawyer Colby Maddox to save Christian’s life. He takes the case and the attraction between them is quick and undeniable. After several passion-filled encounters with Colby, Christian unexpectedly wants to break all his rules. However, before they can contemplate a future together, they’ll have to clear Christian’s name and find the real murderer. 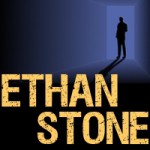 About the Author: Ethan Stone is an out and proud gay man. Which is fairly new in his life, the out part, not the gay part. He’s been queer his whole life, though he tried to deny it for years with a wonderful woman. The years in denial weren’t all bad, he has two amazing kids out of it. His son is a teenager and his daughter has made him a grandfather, three times over. A way too young grandfather.

Ethan has returned to Oregon after almost a decade in Nevada. He no longer has a day job and is doing his best to make a living at this writing thing. If he can’t make a living, he at least wants to support his Mt. Dew and beef jerky addictions. 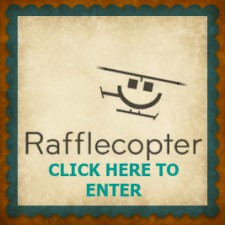 11 thoughts on “Guest Post and Giveaway: The In the Flesh Blog Tour With Ethan Stone”