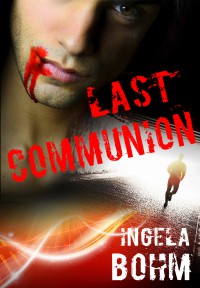 We’re so pleased to welcome author Ingela Bohm to The Novel Approach on the tour for her new novel Last Communion. Enjoy Ingela’s guest post, then be sure to click on the Rafflecopter widget below to enter for the chance to win an e-copy of the book.

Rhythm Is a Writer

I tried to turn his head, but was stuck. The metal is pressed so hard against my aching teeth that I finally need clearing them. Lightning quick drove mom in stages so far that it bumped against the palate.

“What are you doing?”

What are you doing, indeed…

Ever considered using a translation engine to churn out a book in another language? Think again. The above is an example of what can happen. The original is a perfectly ordinary paragraph in Swedish, but once it’s been through the grinder, it’s basically gibberish.

Why is this? Why can’t I feed a Swedish novel into a translation engine and have it spit out an English version at a moment’s notice?

Because a text always needs the human touch. Language isn’t a rational system of words that correspond neatly to words in other languages. There are nuances that make the word ‘wet’ different from the Swedish ‘våt’ – even the two English synonyms ‘wet’ and ‘soaking’ don’t mean exactly the same thing.

Other times, one word can mean two things, and the translation engine has no idea which one to pick. For example, consider the word ‘stages’ above. Taken out of context, it’s a correct translation. But the Swedish word for ‘stages’ also means ‘the spoon.’ To decide which word is appropriate, you need to understand the whole passage.

Also, there are grammatical differences between languages, such that in English, you need to specify whose head is turning – as in ‘I tried to turn my head.’ In Swedish, you can say ‘I tried to turn the head,’ and everyone still knows that it’s my own head I’m turning (unless we’re talking about some kind of horror story). But faced with a phrase like ‘I tried to turn the head,’ a translation engine just makes a wild guess about whose head is turning. This can result in men suddenly becoming women, or people turning other people’s heads – and not in a good way.

But quite apart from all these technical differences, there are also issues like the author’s voice, the tone of the text, and the appropriate use of metaphor. A computer can’t convey mood like a human can. Also, if I use local phenomena to add color, it may be meaningless to someone from another country. For example, ‘it tasted like cloudberries.’ Does that give you an instant feel for what I mean? No? Unless you’ve eaten cloudberries and know their peculiar, swampy taste, that simile is worthless. In such cases, I may want to change it into something more culturally appropriate.

Last Communion was first written in Swedish, and when I embarked on the journey of translating it, I had no idea how long it would take. I knew that it would require a lot of hard work, but not that it would take six months rather than a couple of weeks. I actually tried sending it through a translation engine, just to see if it could give me a useful template to start with, but of course it couldn’t. Most of the text turned out so weird that I didn’t even understand what it meant any longer – even though I was the one who had written it.

In the end, I rewrote the whole thing from scratch, because it was easier that way. Above all, it helped me find an appropriate rhythm. One of my role models once said that writing song lyrics is a lot like creating drum parts, and it stayed with me because I really agree. Sometimes you may have to cut or add words in a sentence, purely for the sake of the rhythm. I often see advice about deleting adjectives and adverbs, but sometimes they need to be added, too. A text is like music. Sometimes it’s not so much about the meaning, but about the ebb and flow of syllables.

While trying to find the right rhythm for Last Communion, I listened to the same album over and over again – Termination Bliss by Deathstars. It’s what I like to call “hum-along death music” (sounds better in Swedish, I promise…). On the surface, it’s harsh and heavy, but the melodies are nothing short of sweet. It was the perfect accompaniment to a romance that was played out against a backdrop of death and decay.

In contrast, when I edited the story, I couldn’t listen to music at all. At that stage, I wanted to feel the text swell and surge like a symphony, and I couldn’t have someone else’s rhythm distracting me. I had to listen to the words on the page, and for that, I needed absolute silence.

And yet even now, a year after I finished the first draft, I still hear my story in the Deathstars’ music. I can’t listen to those songs without seeing my nameless hero, hanging from a platform above a giant turbine, holding on for dear life. It’s part of the music, like a drumbeat at the back of my mind.

The music of the vampires.

The steady pulse of blood.

Blurb: A worldwide disease has all but wiped out humankind. Only a few people survive, the doctor’s son among them. But there’s something wrong with him: he no longer wants to eat. Is he finally dying too?

The answer is as unexpected as it is horrible: one night, he discovers a new hunger – a mindless craving for blood. Horrified at himself, he flees into the night, but when he tries to find sanctuary, he almost ends up killed. Just as he starts to realize that even a predator can become prey, he runs into Garangjas – another man who drinks blood. Irresistibly drawn, he follows Garangjas to his flock of ‘Confirmands,’ a weird group of people who might just be his ticket to survival.

There’s just one problem: how can the Confirmands stay alive if the rest of humanity dies out? 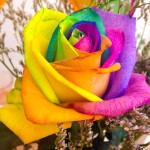 About the Author: Ingela Bohm lives in an old cinema, tucked away in a northern Swedish forest where she can wander around all day long and dictate her books. She used to dream of being an actor until an actual actor asked, “Do you really need to do it?” That’s when she realized that the only thing she really needed to do was to write. She has since pretended to be a dietician, a teacher, a receptionist and a cook, but only to conceal her real identity.

Her first imaginary friend was called Grabolina and lived in her closet. Nowadays she has too many imaginary friends to count, but at least some of them are out of the closet. Her men may not be conventionally handsome, but they can charm your pants off, and that’s all that matters. Recent works include the twisted online love thriller #Not Safe For Work, Shakespeare/Marlowe litslash Rival Poet and the third instalment about seventies rock band Pax Cymrica.

Ingela’s more useless talents include reading tarot cards, killing pot plants and drawing scandalous pictures that no one gets to see. Her favorite tool is the crowbar. She can’t walk in heels and she’s stopped trying, but she has cycled 1200 miles in the UK and knows which campsites to avoid if you don’t like spiders. If you see her on the train you will wonder what age she is.