Please join us in welcoming author Wade Kelly today, on the tour for her latest novel No! Jocks Don’t Date Guys. Enjoy Wade’s guest post and then don’t forget to check out the giveaway details for you below.

Writing From My Own Experiences

Hello Again. Thank you for stopping by on the next hop in the Blog Tour for JOCK 2 No! Jocks Don’t Date Guys. I’m so happy for this novel; you have no idea! There have been many commenters so far who have posted something like “I’m so excited for you! I loved the first Jock novel and I have been waiting for a sequel.” Well, here’s the thing—I’m slow. I’m slow to write, I’m slow to catch on, and I’m slow to realize when you have a best selling novel like JOCK 1 My Roommate’s a Jock? Well, Crap!, then you NEED to write a sequel for it!! I’m sorry it too me so long to pull this together, but I am happy so many of you have been waiting patiently for it.

I give you—JOCK 2! No! Jocks Don’t Date Guys

On my previous blog tour hops, I’ve talked about Writing What I Know. I posted about writing Emotion on Rainbow Gold Reviews, and on Jeff Adams’ blog I spoke about where I get inspiration for writing and find my MUSE. I also talked about how hard it is to make a cover on my post for Scott at GGR. You may comment on that post too for more entries into the giveaway. :)

On The Novel Approach I want to talk about how I write from my own experiences.

Do I have the same experiences as a gay man? Um, no, but that doesn’t mean I don’t have experiences that connect me to my characters because they are from human experiences. We are ALL HUMAN, gay or not, man or not. So these are typically what I mean when I say I am writing from my own experiences.

In the blurb, you’ll notice I reference Gummy Bears. (I’ll just add the blurb in here)

What is a sexy soccer stud supposed to do when “following family tradition” falls 180 degrees opposite his closeted ideal?

From birth, Chris Jackson has been schooled on how to land a cheerleader. After all, his father married one, and his father’s father before him. Heck, even his older brother married a stereotypical cheerleader the summer before Chris went off to college. For two years, Chris dodges invasive questions about relationships by blaming his lack of female companionship on grueling practices and heavy coarse loads. But his lack of interest in girls should’ve given his family a clue. It isn’t until Chris mentions meeting a boy that his father’s synapses short-circuit.

Alonzo Martin is anything but a buxom blond. From his black hair, combat boots, and trench coat to his nail polish and guyliner, the mysterious introvert isn’t easily persuaded to date. Alonzo’s insecurities keep Chris at arm’s length, but Alonzo’s painful past might meet its match in the charismatic jock’s winning smile and sense of humor.

When opposites attract, only cheerleaders and gummy bears can help overcome fear and family tradition.

I added info about gummy bears because my son and his friend used to eat a LOT of gummy bears. They were actually the Haribo Gold-Bears, but when writing a book it is easier NOT to reference things that are trademarked, copyrighted, etc. You even have to look up gummy or gummi to know if it is capitalized and stuff as a registered trademark. So, keep in mind when you read the book, all references to gummy bears refer to actual Haribo Gold-Bears! My son determined they were the best tasting in all his gummy bear taste tests. In one scene, the lead character Chris refers to the smudge marks on his television and explains they were from a time when he and his best friend Doug threw gummy bears at the screen while playing Xbox. This happened in real life! My son did that and made a huge mess on his TV screen! He also had little bear bodies all over the carpet! So YES, whatever you do or say MAY end up in my novel! I also taste-tested them myself to determine the flavor I liked best! When you get to that scene, you’ll know. What Alonzo says is ME all the way!

Chris’s ability to toss gummy bears with accuracy is the same as what my son does with mini marshmallows! 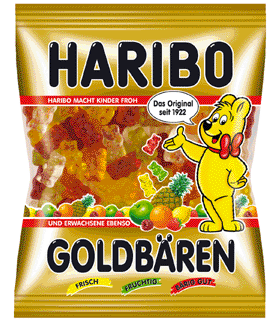 In the original JOCK, My Roommate’s a Jock? Well, Crap!, I had a self-indulgent moment when I wrote the one chapter from the mom’s POV. Some readers have said they don’t like it and don’t see the point of why it is even in the book, but you know what? –That’s me! I wrote my feelings of inadequacy into Ellis’s mom. She feels like a failure, and that she’s no longer needed in her son’s life. (Keep in mind I wrote this in 2012) I think it is a real and valid feeling when you have children to feel empty and excluded when they grow up and move on. My son was not Ellis’s age when I wrote the book, but the feelings were there. So I wrote how I felt.

Another scene from that book that came straight out of my life was Ellis’s broken leg. My son had the EXACT thing happen—the goalkeeper landed on his leg! AND the doctor moved it back and forth as if assessing it when it was clear as day it was broken. Just like Ellis, the bone was sticking up very obviously in two pieces. And just like Cole, I wanted to punch the doctor for touching my son! And the loopiness Ellis experiences in the hospital, yeah, that happened too, exactly!

In Misplaced Affection, Keith gets into a car accident. (Hopefully that doesn’t spoil too much.) I got the idea from an accident I witnessed, and I combined it with a description of an accident my husband was in. (Note: my husband never got hurt.)

Also, I have the exact tattoo Flynn gets in Misplaced Affection. I have a pride feather on my right ring finger. I described it from the feeling I had when getting another tattoo. The one on my leg felt like the electric turkey carver shaving off my muscles. My finger tattoo was not as bad as Flynn describes his. And the tattoo artist Tee, was my person J (Not named Tee. Her name began with a T.)

In the book The Cost of Loving I wrote my experiences with the church into his character. The way his mother lost all her friends—that happened to me. The way the pastor told Matt’s father to learn how to control his son—that happened to my husband. (“Learn how to control your wife”) Getting caught kissing another boy—Matt, not me—happened to a friend of mine who went to the same church way back then. He was spotted kissing another boy and WOW the things that got said.

Also in The Cost of Loving, Matt got into the EXACT car accident as I did. I described it exactly how I remember it happening. The tractor-trailer totaled my husband’s blue truck! I was only glad I wasn’t driving the Prius!

Darian Weston was a character in The Cost of Loving and When Love is Not Enough. The cutting scenes I wrote for him, I tried doing just that. Experimentally, not for real with self-harm in mind, but I DID put a razor to my skin and cut it to feel what it feels like. I wrote the experience into Darian in The Cost of Loving.

Nick and RC from Names Can Never Hurt Me went camping in the exact place I did! I also described the very BEST reptile show I’ve ever been to when I wrote the two of them going to Hamburg, PA. The Hamburg Reptile Show is a wonderful experience, even if you don’t buy reptiles. You see more on display there than ay zoo!

RC’s experience going to Knoebels Amusement park in Names Can Never Hurt Me was the exact experience I had when I went on that same ride. I wrote that scene as a memory of my father who died in 2011.

And Nick Jones from Names Can Never Hurt Me lived the life I had as a child/ young adult. I lived the Life of Riley. My parents spoiled me and I never needed anything. Not that they were rich, but they managed the money well and gave my brother and me everything they could. They were loving and supportive parents.

My dad LOVED James Bond. And when RC gets choked up listening to Nick sing “Nobody Does It Better, that is my mom singing it to my dad. It was HIS song! –Names Can Never Hurt Me

For the sake of talking forever, I think I’ll stop here. I think you get my point. I take scenes out of my own life experience. Not “gay” experiences, but LIFE experiences. This is what we have in common!

If you are around on TWITTER today, I will be taking over Dreamspinner’s account from 4:00pm-6:00pm EST. @dreamspinners  My regular handle is @WriterWadeKelly

P.S. As a thank you I have several giveaways. Leave a comment on this blog for a chance to win an Amazon gift certificate. I am going to take all the names from all the comments from all the blog stops and put them in a drawing. I have 8 stops including this one. The more comments you make then higher your chances of winning. I will have 3 winners of a $10 Amazon gift certificate, and for those who comment on ALL 8 STOPS, I will enter each of them into a grand prize drawing good for:

Note: I am willing to mail things to other countries so don’t let that stop you!

The links to the previous stop is BELOW:

GGR for my cover reveal,

AND… and…. I did an interview with Jeff Adams for his and Will’s Pod Cast. You may like to check that out!

Again, Thank you for stopping by! 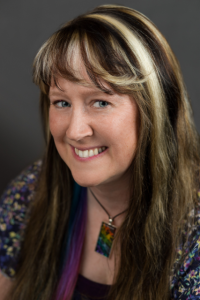 Author Bio: Wade Kelly lives and writes in conservative, small-town America on the east coast where it’s not easy to live free and open in one’s beliefs. Wade writes passionately about controversial issues and strives to make a difference by making people think. Wade does not have a background in writing or philosophy, but still draws from personal experience to ponder contentious subjects on paper. There is a lot of pain in the world and people need hope. When not writing, she is thinking about writing, and more than likely scribbling ideas on sticky notes in the car while playing “taxi driver” for her three children. She likes snakes, can’t spell, and has a tendency to make people cry.

*Entrants must be 18 years or older to qualify

*Void where prohibited by law