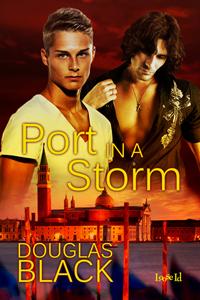 Title: Port in a Storm

At a Glance: Port in a Storm is a book I couldn’t put down.

Blurb: Alex is stuck in a rut. He’s facing a big decision about his future, namely, what to do with it and so far he hasn’t managed to come up with an answer.

Until he meets Jake.

Jake blows through Alex’s world like a hurricane and Alex falls hard and fast for the perpetual traveler with a penchant for secrets and a perfect smile. Jake wants Alex, but life isn’t as simple as that. Jake never settles in one place for long and already their long-distance relationship is driving a wedge between Alex and his family. With no compromises on offer, Alex’s decision about his future becomes a decision about Jake.

For Alex, the idea of losing Jake doesn’t even bear thinking about, but choosing him looks like it will mean throwing away everything Alex knows, including his relationship with his parents. And so, Alex finds himself with another question to answer: how much is he willing to give up, to be happy?

Review: This was a book I really wanted to like. It opens with a strong hook. Handsome guy is in a bad relationship and meets a hot stranger who sweeps him off his feet. Emotions run strong in this book, something I truly enjoy. And despite the secrets both protagonists keep, when they do communicate, they are brutally honest. You can’t help but love Alex and Jake individually and as a couple. The scenery is beautifully developed, and I can’t help but believe that this author has experienced many of the places in the story firsthand. And the sex. Let’s just say Mr. Black is masterful and trigger the reader’s g-spot, all of this wrapped up in angst. As a reader, I found myself walking along a tightrope for the duration of the book, wondering how these two characters would finally manage to break down the wall separating them and arrive at their happy ending.

That said, I found it frustrating how each character held back when they knew talking was the solution. Each character had painful issues from their past which colored the way they viewed other people and their own futures. Each man knew that revealing their deepest secrets would pave a way for greater understanding and connection. But they remained silent, withholding rather than giving the thing the other needed.

As the book ramped up towards its climax, the issues begin to surface, secrets are revealed, and even then, one of the characters makes a stupid choice (which the character acknowledges), continuing his pattern of taking an easy route of problem-avoidance as opposed to taking the reins of his own life and destiny. It was hard to feel sympathetic when this character only needed to buckle down and grab hold of what the other offered as opposed to waiting until he almost lost everything.

Still, Port in a Storm is a book I couldn’t put down. I needed to see how their journey would end. These two men, originating from the same hometown, yet so vastly different from one another, were like a whirlwind of heat and excitement.

This is a great exploration of living one’s own life, tossing aside the shackles of expectations and obligations. It’s about living life in the now, learning to appreciate what is instead of dwelling on what was or what might be. It’s about forgiving oneself and healing. And ultimately it’s about embracing love, accepting that living honestly, leads to happiness.

You can buy Port in a Storm here: 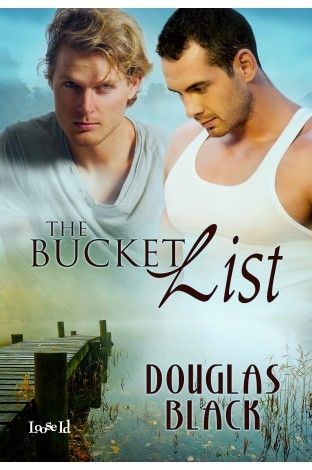 Blurb: When Kade Doherty gets dumped, he expects sympathy from his friends. Instead, he gets a bucket list. His friends want to help him enjoy life again, but Kade isn’t convinced a list of outlandish leisure pursuits will help much with that. To keep the peace he goes along with the plan and in the process, he meets Blake. Blake’s Australian accent and surfer-boy looks are the stuff of sexual fantasies and Kade surprises everyone – including himself – when he wastes no time making a move. END_OF_DOCUMENT_TOKEN_TO_BE_REPLACED

“He had two lives: one open, seen and known by all who cared to know, full of relative truth and of relative falsehood … and another life running its course in secret … everything that was essential, of interest and of value to him, everything in which he was sincere and did not deceive himself, was hidden from other people.” – Anton Chekhov

Douglas Black’s A Secret Love is a deceptive story, but only in the best possible way. This is a story that gives the reader the impression it’s something it’s not, and that’s one of the things that made this novella a single-sitting read.

James and Mark’s time together is stolen in short chunks of overnights and rare weekends, hidden away from the prying eyes of the public. It’s time spent together in which they remove their wedding rings and jealously covet every single moment they’re able to spend in each other’s arms before they have to separate, often going months before they’ll see each other again. It’s something they’ve been doing for the past eight years, this clandestine affair, and it hasn’t been easy, this hiding of their feelings for each other from the world, but now they’re counting down mere months before they can finally be together openly without fear of someone discovering their secret.

One of the things that kept me on the hook while reading A Secret Love was the anticipation of James and Mark finally revealing exactly what their secret was, but there were other things as well, not the least of which was my fear that something would go wrong for these men before they were able to grab a solid hold of the hope for their future. Douglas Black tells a magnetic story with two characters I found myself rooting for even when I wasn’t sure how I’d feel about the truth of what it was they were hiding, though there was never a moment’s doubt these two men were meant to be together.

There are both good and bad things about a book leaving you wanting more, the good being that it’s a compliment to the author who’s created characters I don’t want to leave; the bad being that I wish he had expanded the story to include more opportunity for the reader to experience what happened between the time that Mark and James said goodbye for the last time and then were finally reunited again. The more of it could have been the difference maker between a story I liked a lot and a story I could have really loved.

You can buy A Secret Love here: