Title: Lead Me to You

At a Glance: Kate Lowell has penned, unashamedly I might add, a full-stop tug at the heartstrings romance, with plenty of sizzle to add some heat to the sweet.

Blurb: Who takes their claustrophobic boyfriend spelunking for his birthday?

Henry can’t say no to Jaime. So, despite his misgivings, he lets Jaime lead him into the bowels of the earth for a surprise. In the intimate dark, he discovers that his love for Jaime is stronger than his fear of imminent death at the hands of Mother Nature.

And Jaime has an ulterior motive that will make all the hyperventilating worth it.

Review: Kate Lowell’s Lead Me to You is easily one of the most romantic little stories I’ve read in quite some time. On a scale of one to ::sigh::, I must say it left me on the breathless side of happy that I spent some time with Henry and Jaime.

We get a not so subtle hint from the outset of Lead Me to You that this is an opposites attract story between our nerdy bookworm Henry and his rugged, outdoorsy lover, Jaime, but we also are given to understand their relationship works because they have enough important similarities that it makes their differences more endearing than troublesome. We also see put into play one of the universal commonalities of a loving and committed relationship—one partner pulling out all the stops to make the other happy. The best part of this story, however, is that it’s neither Henry nor Jaime sacrificing alone, but both giving of themselves equally, and this story ends in such a sweet and heartwarming way.

Kate Lowell has penned, unashamedly I might add, a full-stop tug at the heartstrings romance, with plenty of sizzle to add some heat to the sweet. I liked this small gem quite a lot and wouldn’t hesitate to recommend it to any of you short story lovers out there, for an instant gratification reason to smile.

You can buy Lead Me to You here:

Isn’t it funny how the silliest things are the things we look forward to every year during the holiday season? In our family, one of the traditional activities is getting the Christmas tree and then making fun of it.

As a farming family, it was just not done to go out and buy a tree from a tree farm. Nope. It had to be a tree from the woodlot at the back of the farm.

Unfortunately, trees in the wild always look bigger and bushier than they actually are. It’s like camouflage.

For the past twenty years, I’ve had exactly two trees that didn’t fall into the ‘Charlie Brown Christmas’ category. In fact, it happened so often that it’s now one of our Christmas traditions.

This is our tree for this year, pre-decorations. Yep. Charlie would have been proud of us.

But, just like in ‘A Charlie Brown Christmas’, it will still be beautiful once we’re done. It’s a part of the Christmas magic, that something ordinary becomes beautiful, not because of what it looks like, but because of how we see it.

Description: When Rob’s dad was injured by an uninsured driver, it spelled the end of Rob’s carefree childhood and, more important to Rob, the idyllic Christmases they used to have. Hard work and sacrifice nets him a degree in computer programming and then a contract at a rapidly-growing video game company. Things are looking up, especially when he meets his new System Administrator. But the closer it gets to Christmas, the more bugs there are in the system.

“Morning,” came Rob’s voice from around the corner in the kitchenette. “You in a hurry or something?” Flashes of movement showed that he was doing something at the stove. “You eat yet? There’s still a few pancakes, if you get over here before Brandon gets out of the bathroom.”

Shawn dropped his keys into his pocket and shrugged off his jacket, then tossed it over the back of a kitchen chair. “Have you ever known me to resist your pancakes?” His breath caught as he turned and got his first good look of the day at Rob, who was shirtless in pajama pants, his dark hair still rumpled from sleep. Damn, you’re beautiful. “Though I could be tempted to give them a pass.” He reached past Rob to turn off the stove and move the frying pan off the hot burner. Safety issues taken care of, he pushed Rob gently up against the countertop and pulled his head down for a good-morning kiss.

“Ugh. PDAs first thing in the morning.” Rob’s roommate wandered into the kitchen, already dressed for work at the Tire and Lube Express. “Hey, there’s still pancakes. Yum.” Brandon scooped the last two out of the frying pan and stacked them on top of each other before taking a huge bite. “Damn, Rob, if I were gay, I’d so marry you, just for these.”

Rob chuckled and broke off the kiss. “Thanks, but what makes you think I’d have you?”

Brandon stopped in the middle of shoving his foot into a battered running shoe. “With all this on offer?” He waved the hand still holding the pancakes at his narrow, bony torso in its loose T-shirt.

Shawn buried his face in the side of Rob’s neck and laughed as Rob replied, “Dream on, straight boy.” Rob glanced up at the clock. “You’re gonna miss the bus.”

“Shit!” Cramming the last of the pancakes into his mouth, Brandon grabbed his wallet off the kitchen table and ran for the door. “Have fun shopping! Bring me back something good!”

“More dreams!” Rob shouted as the door clicked closed, and then they listened as the thunder of Brandon racing down the stairs slowly faded.

Rob turned back to Shawn, who nestled closer, sliding one leg in between Rob’s. With a contented sigh, Rob shifted to make space for Shawn’s thigh and bent his head down for another kiss. Shawn lifted up on his toes—Rob’s extra three inches of height were all in his legs, Shawn was sure—and ground against Rob’s hip as he kissed and teased at the other man’s mouth.

When Shawn finally let him up for air, Rob’s voice was hoarse and low. “Are you in a rush to go shopping?”

Shawn brought his lips to Rob’s throat. He stopped just before they touched it, though. “Stores are open till midnight,” he said, letting his words brush ghostly fingers over the pulse hammering away in Rob’s neck. Color bloomed behind them, as if his words had called it into being.

“I suppose we might get there before then.” Rob let his head fall back and groaned as Shawn flicked the tip of his tongue over the glowing skin.

“Who cares about costumes?” Rob hooked a knee behind Shawn’s leg and rubbed his own up and down against it. “For that matter, who cares about the bedroom?”

Shawn laughed and stepped back. “You will, if you get bruises from the edge of the counter again. Follow me, Software, and let me parse your code in comfort.”

“I love it when you talk dirty. Lead on, Hardware.”

Boy, have we got a week full of great stuff ahead, even with us taking the day off on Wednesday to spend with our loved ones. We’ve got guests and giveaways galore on tap; plus, as we head into the New Year, we’ve got our lists of Top Reads of 2013 compiled and ready to roll out on December 31st, so be on the lookout for that because there may be prizes involved. :-D

Now, here’s what we’ve got coming up in the week ahead!

Monday – We’ve got a big day today, as we play host not only to Eric Arvin and TJ Klune’s Ghoul’s Gym Blog Tour (with a whole slew of great giveaways), but we also will have author Thianna D with us on her Took My Breath Away Blog Tour and a huge Rafflecopter giveaway.

Tuesday – Kate Lowell comes calling on her Christmas Goes Analog Blog Tour, and she’s offering a free E-copy of the book to one lucky reader.

Wednesday – Merry Christmas! We’re taking today off to spend with family and friends.

Thursday – Blaine D. Arden will be popping in on The Forester II Blog Tour with Storm Moon Press.

Friday – Hayden Thorne comes back for a visit today with Masks: Rise of the Heroes and a giveaway

John Goode is also popping in for a visit with Part 5 of his writing series: “You Said What Now?”

Saturday – Charley Descoteaux makes a Toy Run and stops in to chat about her Dreamspinner Advent story and the characters who make this Christmas tale so heartwarming.

Sunday – Susan Mac Nicol is here today on her Worth Keeping Blog Tour, so be sure to stay tuned to find out what she has in store for you.

And that wraps things up for now. Until next time, Merry Christmas and happy reading!

Christmas is love in action. Every time we love, every time we give, it’s Christmas. — Dale Evans 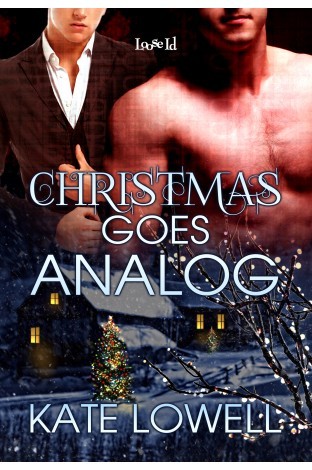 BLURB: When Rob’s dad was injured by an uninsured driver, it spelled the end of Rob’s carefree childhood and, more important to Rob, the idyllic Christmases they used to have. Hard work and sacrifice nets him a degree in computer programming and then a contract at a rapidly-growing video game company. Things are looking up, especially when he meets his new System Administrator. But the closer it gets to Christmas, the more bugs there are in the system.