Title: Straight from the Heart: Exception to the Rule 3

At a Glance: An engaging story of an athlete and a dancer who help each other out, and, on the way to being friends, become something more, with the predictable accompanying sturm und drang.

Blurb: College student Kyle diStefano is having trouble paying his tuition. So when he hears about a job as team mascot with the accompanying full scholarship it seems like the perfect solution. Except he knows nothing about football. But why should that stop him?

Known as the Big Cock on Campus, Dave Masterson never lets his antics with the ladies interfere with his true love, playing NCAA football. But when his coach suggests the team do some off-season conditioning at the ballet barre, most of the guys scoff. Only Dave takes him seriously.

Kyle knows one sure path to heartbreak is falling for the straight jock who’s teaching him the rules of the game. Dave falling for another man is going to mean nothing but trouble. But neither man can seem to help himself.

When a public display of affection casts doubt on Dave’s NFL dream, he is forced to make a choice. Stay with the game plan or call an audible straight from the heart.

Review: I enjoyed this fast read about Kyle, the ballet dancer, and Dave, the hunky quarterback. I was surprised to realize that I’ve only read one other story by this author, even though I apparently own several others – including the other stories in this series, which I haven’t read yet. This book can be read as a standalone, though, and I don’t feel like I missed anything by not reading the others first.

Kyle is a very fun character – so lively and snarky and brazen in some ways. His voice really keeps the story moving along. Dave is a little bit of a stereotypical jock at the beginning of our story. He really wants to take his game to the next level, and his coach tells him he needs to take Ballet. Kyle is trying out for the team mascot gig, which comes with a full scholarship that he is in need of since his financial aid has been cut. But, he doesn’t know anything about football. His roommate’s boyfriend suggests he ask Dave, and so Kyle barges in and does just that.

They reach a mutually beneficial arrangement, with Dave coming to the ballet studio where Kyle teaches. Dave then attempts to teach Kyle football, and practically flattens him while doing so. There are some bumps in the road, but they come to be friends, even though they are each struggling with the attraction simmering just below the surface. Kyle realizes how dangerous it is to fall for a straight guy, and Dave knows, as the BMOC, his college and possible professional football career would be in jeopardy.

There are some distractions in the way of Dave’s relationship with his on again/off again girlfriend, who is one of the cheerleaders, and also the backup quarterback, who would love to have a go at Kyle. Finally, after Dave has too much to drink at a party, an Kyle comes to the rescue, their friendship crosses a line. Neither of them are really ready for it, and afterwards, they spend some time apart.

Things come to a head again at a summer weekend party at the seashore, and Dave can’t seem to resist Kyle, who can’t seem to say no. The weekend teaches them both about who they really are, and Dave knows he wants Kyle more than he ever thought he would, but he’s also a little bit freaked out by what this might mean for his future.

Once the final season of Dave’s college career gets underway, and Kyle’s mascot duties take over, both guys focus on what needs to be done. But Dave is feeling really restless. He misses Kyle, and since his old roommate is Kyle’s roommate’s boyfriend, they hang out at Kyle’s sometimes. Dave doesn’t know exactly what it is he feels for Kyle, but he knows it’s not just friendship.

Then, when they attend a wedding together and a picture ends up on social media, the college coach and Dave’s family decide it’s time to do damage control. I have to say I didn’t like Dave’s father much in parts of the story, but he tried to be a standup guy as the story moved towards its conclusion.

Kyle is, of course, also unsettled about the media story – mostly because he knows he’s in for heartbreak and denial. Dave is put in the crosshairs, and he isn’t sure what to do about it. Luckily, he comes to his senses before it’s too late.

Overall I enjoyed this story, although I found parts of it rather unrealistic, and some of the characters pretty unlikable. I particularly loathed Dave’s father at one point in the story – especially the way he treated his other son. And the thing that probably annoyed me the most was that this author didn’t know how to spell Lynn Swann or Herschel Walker’s names. That made me pretty skeptical as to how well the story was going to be told. Luckily the focus was away from the football aspect and more on the relationship, which is probably a good thing. I’m thinking that I’ll go back and read the other stories in this series now to see what I missed.

You can buy Straight from the Heart here: 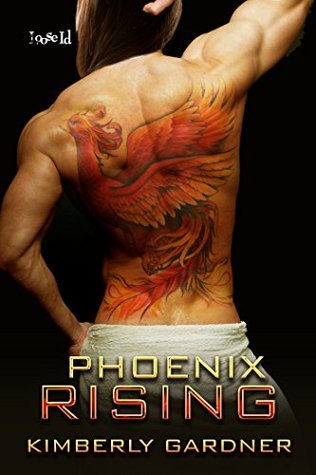 Blurb: Two dozen roses, one dozen balloons and a night with a sexy, young stripper. It’s the perfect birthday present for the man who has everything. Or is it? Because the gift Jimmy really wants can’t be bought at any price. END_OF_DOCUMENT_TOKEN_TO_BE_REPLACED