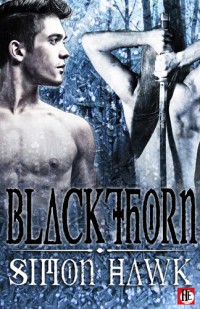 Blurb: Rian Blackthorn’s Gypsy and Elven heritage have earned him the title Master of the Hall of Swords in the realm of Brystyn. There, eighteen-year-old Rian has been training boys in the Ways of the Blade. However, his most promising student, Prince Corin, has fallen deeply in love with him. Already pledged to an Elven Prince of the Vale of Seven Rivers, Rian has managed to keep Corey at bay for the past two years. But when the prince’s journal of erotic writings is delivered to Rian, he discovers a conspiracy that may result in Corey’s death. And when Corey is abducted by Will the Wizard of Winterwood, a sexual deviant, Rian’s love for Corey is slowly awakened. And if by life or death, he can save him, he most certainly will.

There’s certainly a great deal more attention placed on the sex scenes, as far as details go, from what I’ve seen. The setting and characters overall, both major and minor, are very vaguely drawn, and readers are left to depend on more generic physical descriptions (everyone has long hair) of people and places, which, to me, doesn’t work very well in grounding the story to its world and giving it its unique edge. The language used, particularly during sex, is inconsistent in that characters speak anachronistically modern phrases – I remember one character crying out, “Oh, my God!” – while in non-sexual scenes, the dialogue tends to be a little more fantasy-like with its slightly formal sentence structure.

And the plot is pretty complex, which could’ve benefitted from that extra attention. As it stands, I often found myself confused about different races or tribes coming together against a common enemy – and especially the reasons behind certain animosities. A number of the characters also go by nicknames, some of which are close enough for me to completely lose track of which name refers to whom (Shadow vs. Sparrow, for instance). And as noted, it doesn’t help that sex scenes cut off the action abruptly and go on for a number of pages, and I’m forced to skip forward in order to catch up.

It’s because of this generalized treatment of individual characters that relationships also don’t materialize as I’d hoped. There’s a romantic relationship between Tannen and Rian, for instance, but we don’t really see that because they spend most of the book apart from each other, and when they’re together, they have lots of sex that really echoes every other character’s sex scenes. If Rian realizes he’s in love with Corin (or Corey), it’s also not terribly convincing as he has lots of sex with Corin in addition to everyone else. As far as I could see, anyway, there’s really nothing setting any of those intimate moments (between Rian and Corin) apart from everyone else that indicates a deeper connection between them. I can say the same thing regarding any regular interaction between the two, besides Rian protecting or saving Corin from Will’s lusty clutches.

So anyone who hopes to enjoy some sense of romance might find him/herself disappointed in this regard.

There are quite a few shadows of Tolkien throughout the book that I found to be rather cheeky touches. Helm’s Deep comes to mind as well as Bilbo’s line about not seeing dragons during his birthday party. Whether or not they were intentional, I still found myself chuckling and nodding when I read those passages.

You can buy Blackthorn here: