“Every gay man out there has at least one man-crush in his past that totally shriveled his nads into raisins and sent him screaming off into the night.” ― T.A. Webb 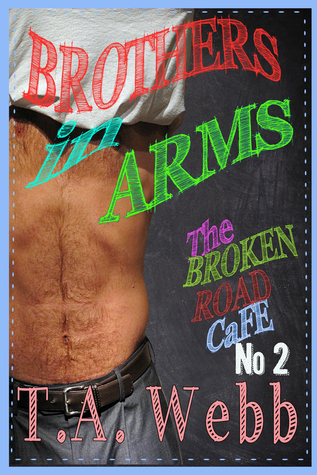 Publisher: A Bear On Books

Blurb: Betrayed on every front, Dan O’Leary cashed in all his chips and moved from the big city life of Atlanta to small town Blue Ridge, Georgia. While licking his wounds, he never meant to start a new relationship, especially with closeted Chief of Police Nick Oliver. END_OF_DOCUMENT_TOKEN_TO_BE_REPLACED

Blurb: Mark Jennings is at a crossroads. His finance job in the Atlanta nonprofit scene stresses him out, his mother is dying, and his relationship with Brian Jacobs has crashed and burned. He needs a distraction, some way to relax, and a massage seems like just the thing. He never expected his massage therapist, Antonio Roberto, to become his best friend.
END_OF_DOCUMENT_TOKEN_TO_BE_REPLACED

“Friends are family members we have a choice over.”–Mokokoma Mokhonoana 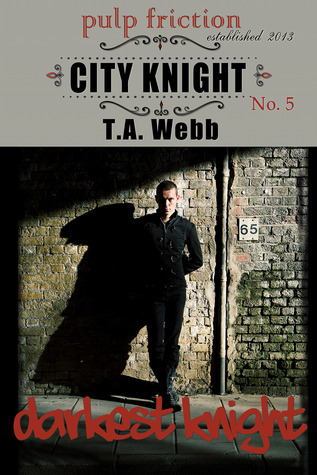 I just love this series. It is the perfect mix of humor, mystery, friendship, family, love and really sheet scorching hot sex. When I read the first one, I didn’t realize it was the first in a series until the last sentence. I was seriously homicidal. These characters that Mr. Webb has created, along with the ones created by Havan Fellows, Laura Harner and Lee Brazil have kept my mind planted firmly in Atlanta (or as my friend Max Vos and many others call it, Hotlanta). That name is a sure fit while reading the books that make up the Pulp Friction Series.
END_OF_DOCUMENT_TOKEN_TO_BE_REPLACED

“There is nothing I would not do for those who are really my friends. I have no notion of loving people by halves, it is not my nature.” ― Jane Austen

When I read City Knight (City Knight #1) by T.A. Webb, I didn’t know it was the first in a series. I didn’t read the blurb. I know enough about his work that I was sure I would like it. Then it ended. I wanted to strangle someone for leaving me hanging like that. Then I read the blurb and learned an important fact. Mr. Webb himself points out very clearly in the blurbs for the first two stories that they WILL have hot sex (and they do!), but they WON’T necessarily have your desperately desired HEA. Lesson learned. Always. Read. The. Blurb.

Marcus and Ben both work the streets of Atlanta. In very different ways. In the first story, City Knight, the two men meet. Benjamin, a young man kicked out of his parents’ home when he came out, is forced to work the streets to pay for college and a roof over his head. Ben meets Marcus, a retired cop who lost his lover violently and has decided to never care again. They have both been the victims of horrible violence.

In Knightmare (City Knight #2), Marcus and Ben feel an attraction to one another despite the differences in their ages, careers and level of acceptance of bossy lovers. Ben is the victim of a terrible crime. Although still fighting his strong attraction to Ben, Marcus calls out everyone in his arsenal of friends to help find Ben. He wants to personally see to Ben’s continued safety.

Starry Knight (City Knight #3) is the story of how and why Marcus has been avoiding his friends and everything of importance in his life for the last two years. We also learn more about Benjamin’s past and why he has cut himself off from the world emotionally. Everything comes together for the two men with a bang. This is how Mr. Webb closes the blurb for this story:

“Caution: Yeah, this is the third in the three story cycle so no more nasty cliffhangers. Hot men may have sex, old friends may bond again, and a few tears may be shed. I promise, it was worth the wait. Oh, and look for Marcus and Benjamin again in August.”

He is acknowledging the torture he has inflicted upon us, his faithful readers! And by the way; it was worth the wait!

Knights Out (City Knight #4) is the fourth (obviously) story in T.A. Webb’s City Knight series. It is the one alluded to at the end of the blurb for book three. T.A. Webb, along with Lee Brazil, Havan Fellows and Laura Harner have created their own universe within the city of Atlanta. The series of stories is grouped together under the “Pulp Friction” label. The main characters in each authors’ series is different, but in all the stories, the friends interact, support one another and work together. The great thing is that you get to keep in touch, however incidentally, with the characters that you love in the other authors’ series as well as their friends in the story you are reading. The characters, as a group, work together to keep Atlanta’s streets safer and they all find love in the process.

In Knights Out, more rent boys are disappearing. Ben’s friend Gabe, also known as Nick, hasn’t been seen or heard from in months. There are also other young men missing. Since Ben knows the streets, he tries to get the rent boys who remain on the streets to talk to him. The men created by Brazil, Fellows and Harner all join forces with Webb’s Ben and Marcus to solve this mystery.

It is a short story, so there isn’t much I can say without giving too much plot away. In this installment, Marcus experiences a personal revelation that will change the course of future stories in the City Knight series. Both for him and it appears for Wick, one of Havan Fellows’ characters. Are there more Ben and Marcus stories to come? I have no idea. At first it was to be a three story arc, but the fourth one was conceived and wouldn’t go away.

It has been a wild ride with Ben and Marcus through the series. Marcus has turned into a different man, unable to even fake indifference where his feelings for Ben are concerned. He is a possessive, bossy lover and Ben wouldn’t have it any other way. We have seen Ben grow from a scared but street-wise rent boy into a respectable young man who is capable of taking care of himself, but sometimes likes to let Marcus take care of him.

I have fallen in love with these men. I would be happy if Mr. Webb cranked out a story a month for the foreseeable future. I do, however, know that all great things must end. I don’t know that this is the end. If it is, thank you Mr. Webb for sharing these moving, loveable, funny, warm, tough, but loving men whom you created with us. If it is not the end, bring it on Mr. Webb, I can’t wait to see what Ben and Marcus and their friends get up to next.

“In his eyes I saw all the other possibilities … the seemingly impossible possibilities.” ― Tiffanie DeBartolo

True romance is alive and well and living within the pages of T.A. Webb’s FREE “Love Has No Boundaries” contribution, Love on a Wing and a Prayer, the story of US Navy Aviator Lieutenant David Perkins, a man who serves his country in the post-DADT days but is still not rushing to reveal his sexuality to his fellow servicemen, not even to the ones he considers his brothers.

One of the many things I loved about this story, apart from the emotional connection Mr. Webb so deftly weaves in the first-person narrative, is the relevance of the story and its visual recalling of so many of the images we’ve seen recently: the proposals on bended knee, the wedding ceremonies that have happened in front of a global audience in celebration of the steps we’ve taken to define marriage as a union between two loving souls rather than between sexualities.

David finds his other half in a man named Chuck Wilder, a fellow aviator who is transferred to David’s squadron. The eye contact, the subtle brushing of a shoulder, the want on David’s part to be more to Chuck but not knowing whether Chuck is even gay are all palpable moments that make the reader do little more than anticipate the moment these men will share their first kiss.

The love and acceptance from their fellow brothers-in-service is nothing less than a feel good moment as David discovers his secret was one of the worst kept of his life. And the end… Well, the end is nothing less than smile-inducing as David and Chuck prepare for a future filled with possibilities.

If you want to read a short story that will warm your heart, leave you smiling and will make you believe in love and romance and happily ever after, then I can’t recommend Love on a Wing and a Prayer highly enough.

You can download Love on a Wing and a Prayer here: