Title: Terror of the Frozen North

At a Glance: Check your reality at the door and immerse yourself in a really good book – this one!

Blurb: War is hell, but coming home is even harder. Edward Kilsby, Lord Withycombe, flying ace and noted adventurer, has grown increasingly restless with civilian life. He seeks refuge from his depression and nightmares in adrenaline, and when that fails, in painful sex. Until his erstwhile fiancé blackmails him into making an arctic expedition.

In the frozen wastes, Edward and his secretary, Charlie, work hard, facing the rigors of the climate and the lethal war machines they are testing. But no-one is prepared for what lies under the ice.

Back in London, as Edward’s pistol looks friendlier and friendlier, Charlie must deal with kidnapping, cultists and secret societies, all the while keeping his much-loved lord sane and healthy.

Review: Terror of the Frozen North is the second book in this series, which starts with The Curse of the Pharaoh’s Manicurists. Reading that book first is not necessary but may be preferable, as there are overlapping characters and themes from the first book.

Strange monsters, broken souls, and a poor secretary stuck in the middle of it all, this is a book of pure fantasy, a romance with a mythical bent. Set in the 1920s, Lord Withycombe has come home from the war a broken man. He is a penniless lord with a reputation as a daring and renowned hero to uphold.

Charlie is his secretary and an absolute saint. He keeps his lord going and provides for all his needs. Charlie has to accomplish this task while dealing with jealous ex-boyfriends, sadistic fiancés, and a mad scientist. At the core, this is a love story between Edward and Charlie. Lord Withycombe, or Edward, is forced to take adventures to make money to live on and support his staff. This particular adventure involves a mad scientist and the frozen wastes of the arctic, where they are charged to test war machines. But, unbeknownst to them, they are the test subjects for an even more insidious war machine that just might make them all mad – and something is alive under all that ice…..

This is a rollicking adventure and I would recommend it to anyone who enjoys fantasy. The relationship between Edward and Charlie is not an easy one, rather complicated, but it works. The adventures they set out on are well written and believable in the world Angelia Sparrow and Naomi Brooks have created.

Check your reality at the door and immerse yourself in a really good book – this one!

You can buy Terror of the Frozen North here: 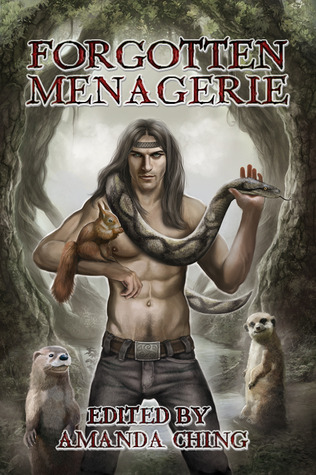 In 2010, I was approached by a press I had never heard of to write a gay furry story. They paid me in advance, and I desperately needed the money. So, I went for it, even though I’d never written furries before.

Songs for Guitar and French Harp, mixing furries, dieselpunk and depression era carnivals, took shape. And the advance bought my dentures. I spent a weekend with K. Piet and S.L. Armstrong, sharing a hotel room for OutLantaCon. I enjoyed their company tremendously.

So, slowly, Storm Moon Press started getting more of my work. The last year or so has been frustrating as the company endured growing pains, ballooning and reshuffling and hiring more people. There have been very competent editors. There have been editors who did not know what they were looking at, with regards to genre. (One was horrified that even the nicest characters in my cyberpunk universe were total rotters. That’s kind of in the genre description.) We writers have educated them in some ways. And they have educated us in many more. My writing is better than it was three years ago, thanks to the folks at Storm Moon. 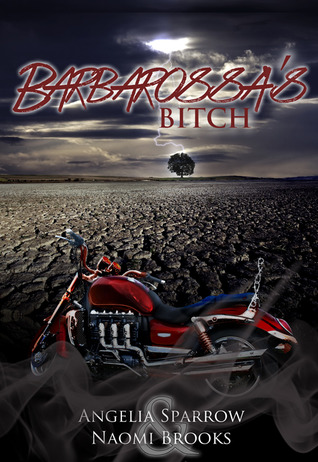 Right now, I have two full-length novels, and four anthology stories with them, soon to be five. Everything from contemporaries to wild fantasy to cyberpunk comes off my pen at their bidding, and I am pleased to write it.

Not everything is erotica either. They were willing to take a chance on a very different vampire novel, one with four sex scenes, and the door closed on three of them, because the plot intrigued them.

In this reality, vampirism is a virus and can be carried genetically. Those carrying the virus who die violently become Undying, immortal vampire hunters. Those who have not yet died are Breathers. Brett, his brother Dennis, their father, sisters and brothers are Breathers. Brett and his older brothers have just retrieved a pair of decapitated Undying whose heads were buried in concrete blocks. 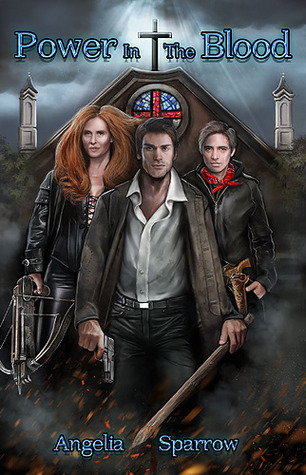 So, for your pleasure, an excerpt from Power in the Blood, from Storm Moon Press.

He carried the bags to the room he shared with Dennis. The kid was still up, reading A Night in Transylvania on the top bunk. Reading and chuckling. Dennis had a ghoulish sense of humor, but Brett supposed it went with the territory.

He set the bag with the cleaned head on the desk and lifted it out gently. It blinked and looked around. That struck Brett funny, as if he were holding a movie prop. He set the Undying’s head on his desk and talked to it as he worked on the other.

Dennis closed his book and hopped down to check things out.

“Can he talk?” Dennis asked. The head rolled its eyes, expressing its opinion that Dennis was being unbearably dim.

“Not without lungs.” Brett chiseled at the concrete. This one was even slimier feeling, and he wiped his hands on his shirt often while he worked. Dennis got him a towel, so that Brigitte wouldn’t yell at them about the laundry. Brett wondered what they had put into the concrete. He suspected it was the ash from the cremation.

The cleared head watched him intently. It was looking better already, with the skin all regenerated—a good looking man of about thirty-five, all sharp angles and keen eyes. “Thank you,” he mouthed again. He stuck out his tongue in the direction of the head Brett was working on. “Sam Hill.”

“Your partner’s name is Sam?” Brett asked, as he finally reached the other head. Thick black hair in odd patches showed through the concrete as he worked his way down. The Undying was already beginning to regenerate, even in the concrete.

The first head rolled its eyes again. Brett shrugged. “I’m no lip reader. Grow some lungs, and we’ll have a nice chat.” He’d found the general line of Sam’s brow now and was working on his nose, a distinctly Hebraic looking nose. “Big nose. I wonder if it’s true what they say about men with big noses.” He gave the head a wink and noticed it barely nodding.

Behind him, Dennis giggled at the naughtiness. “This is wild. Dad was right about it all? Vampires and the Council and Undying and all of it?”

“I guess he was.” Brett concentrated on getting Sam chiseled out. Sam blinked and looked around. Brett cleaned out his ears and dusted the last of the concrete from his eyes.

“Your partner is right here.” He gently turned Sam to look at the other head.

Angelia Sparrow can be found at http://www.brooksandsparrow.com and as valarltd on Livejournal, Pinterest, Etsy, and FetLife, along with Twitter @asparrow16. She can also be found on Facebook, LinkedIn, and Google+ as Angelia Sparrow and Author Angelia Sparrow.