Title: Let the Wrong Light In

At a Glance: For a book about a “wrong” relationship, there is so much right.

Blurb: Avery Hextall, a junior architect at a prestigious firm, is thrilled when his design is chosen for a new performing-arts center—even if it means working closely with his insufferably uptight project manager, Malin Lacroix. When a chance encounter in the boss’s office proves that Lacroix is anything but cold, Avery is determined to learn more about the real man beneath the aloof veneer.

Despite their growing attraction and their increasingly kinky encounters, the enigmatic Malin remains as emotionally distant as ever. Worse, Avery’s friends are convinced Malin thinks of Avery as a dirty secret and nothing more—a secret that might destroy both of their careers.

But the real secret is a single moment in time that haunts Malin and keeps him from committing to the life he wants with Avery. In order to move on, Avery must help Malin come to terms with the tragedy in his past before they can work on building a future together.

Review: Wow. I’m not sure what I was expecting with this book, but what I got was so much more. Based on the description I figured, okay, Avery wants his boss, they have some fun, it’s a problem, and they make it work.

WRONG. I mean, well, right. But also wrong, because there is so much depth. Each page left me feeling like I had pulled back another layer to the characters. Avery wants one of his building designs to be chosen for a project, but he struggles. After demanding his boss explain, Avery gets put in his place and begins to fantasize about his boss. But not in what most would consider the standard fantasy. Avery fantasizes about Malin hitting him in the face. And man, does it turn him on. He’s not sure why, though.

When they finally get together, the encounter is hot. It’s rough, like Avery wants it, and he finally gets what he wants, so that should fix his problem, right? Again, wrong. Instead, he wants his boss even more and just can’t get him out of his head.

Up until this point it seems like the fairly standard scenario, just with a little kink thrown it. But when Avery finally corners Malin, it’s far from standard.

I loved this book. Reading it, I was nervous because I realized this relationship didn’t seem safe or sane. Consensual, yes, but there was no discussion about what either man wanted, when they would stop, and what their relationship actually was. Watching Avery come to these realizations was a breath of fresh air. He struggled to understand himself, but he still kept pushing. The secondary characters who tried to guide him were great, but ultimately, they could only advise and then back off.

You can buy Let the Wrong Light In here:

Title: The Devil Will Do

At a Glance: While The Devil Will Do is well written kink, I felt it lacked the needed bones to make it a fully developed story.

Blurb: In a land unforgiving of indulgent, dangerous sex, merchantman Eryn does his best to keep his desires in the dark…until the plight of a beautiful prince leads him out of the shadows and into adventures both sensual and terrible.

Capture, curse, and torture litter Eryn’s road to true love, along with carnal delights beyond his most wicked imaginings. His strengths and limitations are exposed—and the hard truth, that nothing holds him back more than the monster of self-loathing in his heart. Prince Wyn might be everything he’s dreamed of in a man—and master—but before Eryn can accept the exquisitely wicked affections of his one true love, he must first save himself…from himself.

This novella was originally published under the title Sweet Son and has been significantly revised.

Review: The Devil Will Do is a case where the blurb essentially gives you the only synopsis needed for this novel. To tell you much more about Eryn and his journey would be to give away too much of the plot—what little there was in this story. Written more like a long short story, we are not privy to much about the world Eryn lives in other than it is restrictive and not favorable in any way to a person who finds themselves drawn to the same sex when it comes to romance. Therefore, Eryn must hide his natural tendencies and this is further compounded by the fact that Eryn loves kink—humiliation, gang rape, orgasm denial, being used and, yes, in many ways, abused, for pleasure’s sake. Our pseudo-hero draws the line at being physically whipped or beaten, and is not one to seek pain to help him gain his sexual release. But there is little else Eryn does not crave.

So when he is visited in his dreams by the specter of a gorgeous prince who is fleeing from the evil that threatens his palace, Eryn is torn in two. He desires so greatly to save this man, Prince Wyn, but knows deep in his heart that he is unworthy—a perverted soul who is weak and cowardly. Despite how Eryn may feel, those who would see Prince Wyn as rightful heir and safe from harm take it upon themselves to make Eryn see that the darker desires he lusts after do not make him unworthy—the only enemy Eryn must conquer is that of his own self-condemning mind in order to save his prince.

Heidi Cullinan delivers a very dark and twisted tale of finding yourself and loving your whole person so, in turn, you can be loved by others and find your happy ever after. It should be noted that the author warns us she felt she had to go big or go home and once stated, she does just that. You will be hard pressed to find more humiliation kink in any other source than in this novel. Eryn thrives on being subjugated and used, gang rape and verbal taunts that are abusive in their nature are the things on which he thrives, but he is so disgusted by his needs that he feels he resembles little more than a perverted monster.

The kink here is done well and is incredibly inventive. The number of ways the author finds to force sex on a willing Eryn is to be applauded—truly, this is an incredible novel for those who are into humiliation and the idea of dubious consent—which only has the appearance of reluctant agreement on Eryn’s part since we find out how much he craves being “forced”. So, why didn’t this novel work? I felt the place this novel fell apart was in the idea that the way in which everyone deemed Eryn should come to accept his own innate desires was by completely breaking him down and torturing his heart and mind. The idea that he would come to love himself and his need for humiliation by humiliating him till he broke just did not ring true to me.

I was confused by the way in which Eryn was whisked away and held captive by a magician in order to prove to him he liked being held captive. I am sure I do not understand the submissive psyche when it comes to BDSM, but I felt the basic idea that the submissive gives over the control was a lacking element on Eryn’s journey. By being drenched in his desire for kink, he was to be convinced it was okay to want that kink—but he was forced to admit he deserved to be satisfied—that he was worthy of his need for humiliation. This is where the novel lost me—I simply could not wrap my mind around that concept.

All in all, The Devil Will Do was a dark foray into a journey toward self-acceptance and self-love. With little more than Eryn’s journey being described, the lack of basis for his inner struggle and feelings of no self worth were diminished as we saw little of his day to day life that would support his deep seated self condemnation. This was a sexual fantasy, pure and simple, and unfortunately had little story to hold together the near constant sex scenes which proved to be the vehicle used to further the storyline. While The Devil Will Do is well written kink, I felt it lacked the needed bones to make it a fully developed story.

You can buy The Devil Will Do here:

We’d like to tell you a little more about FALL ON YOUR KNEES and offer you a chance to win some holiday themed goodies! END_OF_DOCUMENT_TOKEN_TO_BE_REPLACED

The Love Hurts series was born when I answered a Valentine’s Day call for MLR Press, and the men in the book just kind of took over from there!

In book 1, Sex, Ties and Videotape, we meet Geoffrey, a man who’s been wronged by his previous lover, Brian, in a most public way. Brian’s friend Paul makes a move on Geoffrey and his life changes dramatically – he’s finally found someone who won’t laugh at his submissive needs! END_OF_DOCUMENT_TOKEN_TO_BE_REPLACED

“I’ll expect unquestioning service from you. I’ll expect you to be mine—not a trick, not a lover, not a person—just a piece of ass who happens to be my personal servant.” – Mr. Benson 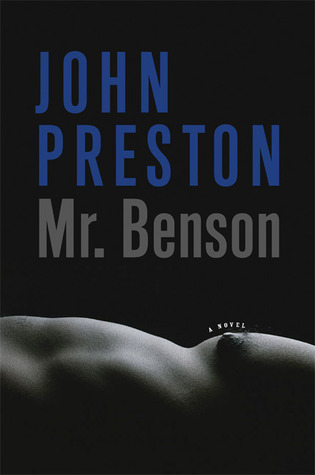 “Ride, authors. Write a ride. Figure out what yours is and then pimp the ever-living shit out of it.” – Heidi Cullinan

Blurb: It takes a strong man to be this fabulous.
END_OF_DOCUMENT_TOKEN_TO_BE_REPLACED