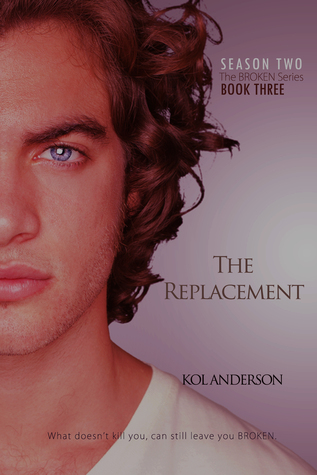 Blurb: Season finale. Find out what happens to Aaron and how “The Replacement” aka Carter Bennett is doing under a new owner. END_OF_DOCUMENT_TOKEN_TO_BE_REPLACED 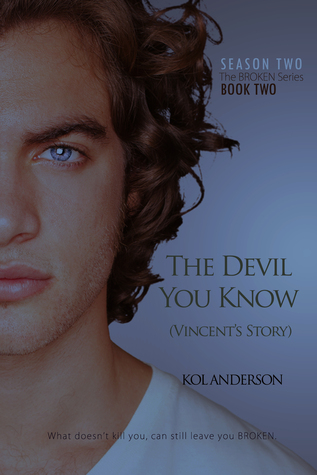 Title: The Devil You Know

Blurb: Ever wondered what goes on in Vincent’s mind?

Here’s your chance to find out. END_OF_DOCUMENT_TOKEN_TO_BE_REPLACED

Ever Wonder What Goes On In Vincent’s Mind? Here’s Your Chance To Find Out.

Excerpt: The man was supposed to meet him at the restaurant at six, but two hours later there was still no sign of him. Vincent was considering leaving, when he saw a heavyset older male moving through the tables, with two younger men in tow. The younger men stood guard, while the heavyset man sat and greeted Vincent. The man dismissed his guards after giving the entire crowded restaurant a thorough once-over, and the bodyguards left their table.

“It’s nice to finally meet you Mr. Carson.” Vincent wished he knew if that was the man’s first name or last but the man didn’t offer that information and this was the only name his contact had given. Probably a fake name as far as Vincent could figure.

“I was under the impression you’d be older,” Carson said, after ordering something to eat.

Vincent’s throat went dry. Did his contact lie about his age? He wasn’t sure what to say, but he wanted badly for this to work. He nervously tugged at his tie, hoping the man couldn’t see he was sweating beneath his suit. “I didn’t know there was an age requirement.”

“There isn’t,” Carson said. Vincent could have sworn the man was enjoying his discomfort. “But it helps if the handlers look older. Creates the kind of authoritative impact we want.”

The food arrived and Carson dug into his veal while Vincent barely went through the motions. If there was one lesson that life had taught him, it was that appearance was everything. If he could pretend to be assertive for five more minutes it might land him the job.

“You have any experience, Vince?”

“I bet you are,” Carson said. “Look, I had you vetted. So I don’t need you to give me some speech telling me why you would be suitable to work for us. I’m already sold on that. My biggest issue is with commitment.”

“Sir, I will be committed to this, I assure you.”

“You do realize that if you say yes, you can never back out?”

Vincent was pretty sure it was the same deal for just meeting a guy like Carson face-to-face but he played along. “I understand.”

“And you’re still asking to join?”

“Everyone needs money,” Carson said. “That’s not news. Tell me what you really need.”

“I’m not sure what you’re asking me.”

Vincent stared at Carson, speechless. In two sentences, the man had summed up his entire life. “There’s nothing wrong with needing power is there?”

“No, Vince. On the contrary, people who don’t have power are nothing more than sacrificial lambs for those who do have it. It’s the way of the world. If you’re not the one holding the knife, then you will be the one getting slaughtered.”