Title: Hot Off The Press

Blurb: Words hold the power to hurt as well as heal, and choosing them is a complicated and delicate process. No one knows this better than the men who work with them every day. Authors, reporters, reviewers, and publishers struggle to balance truth, art, long hours, and stressful jobs. Whether they’re trying to write a novel or advance a career, it can leave little time for love. The men in this anthology are seeking romance on and off the job, in print and online, against backdrops of fact, fiction, and even fantasy. Their tales are different but have one thing in common—there’s a happy ending waiting on the last page. END_OF_DOCUMENT_TOKEN_TO_BE_REPLACED 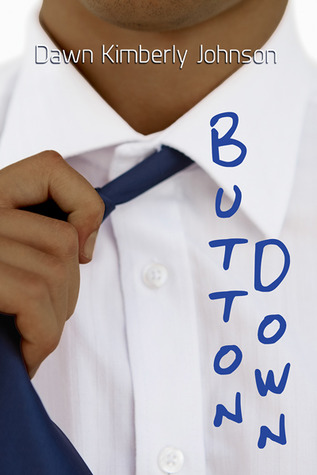 Blurb: When he finds himself captivated by a movie-star handsome stranger he meets in a bar, lawyer Ford Reilly watches a simple one-night stand develop into a taste of what living honestly might bring him.
END_OF_DOCUMENT_TOKEN_TO_BE_REPLACED

This is my first appearance at The Novel Approach, and I’m thrilled to be here. I have an excerpt from my novel Button Down, which is available for pre-order at Dreamspinner Press and goes on sale Dec. 23, but I also have a giveaway. Hooray!

More on that below.

Here’s an excerpt. Allow me to introduce Redford (Ford) Reilly:

Ford winced when Andy Allison’s elbow caught him in the ribs and sent him skidding on the asphalt. He lay there struggling to refill his lungs as a piercing whistle sounded from what seemed a great distance. Royce could always whistle like that, using only his breath, tongue, teeth, and lips—had been able to since he was very young.

Suddenly, his big brother’s dark, handsome, sweaty face was in front of Ford’s, hovering over him, concern in his warm, brown eyes. “You all right, little bro?” For about an hour one hot summer day, Royce had tried to teach him how to do it, carefully instructing him how to wet his lips, curl his tongue, and blow. But Ford couldn’t create the same sharp, urgent, ear-piercing shriek no matter how hard he’d tried. Now, Royce helped him sit up, saying, “Relax, and take your time.”

So he sat there, gradually taking deeper and deeper breaths while his big brother gently rubbed his back with one meaty paw. Royce checked him over and hissed, grabbing and turning Ford’s arm, nearly twisting it out of the socket to get a better look at his injury.

He winced again. I see. Today I’ll be having road rash with a side of torn tendons.

“Sorry,” Royce said softly. His gaze morphed from concern into more of the big teddy bear he was. “We’re gonna need to get this looked at.”

His brother got to his feet, and Ford, expecting a hand up, reached out to him, but instead Royce whirled on Andy—who had continued serenely dribbling the ball and taking shots during Ford’s examination—and shoved him hard, forgetting about his baby brother in favor of expressing his outrage at his best friend’s cheap shot.

“What the fuck was that, Allison!”

Ford sat there watching the two of them scuffle for several moments. It brought back some vivid memories. After all, he’d had a front-row seat to countless similar altercations between them over the years. Yet the two men remained best friends. Royce and Andy were more alike than not: both big, gorgeous, and powerful, both former college all-stars, both successful professionals. Ford had often thought the two of them made more sense as brothers than he and Royce—except the Reillys were black, and the Allisons were not.

Ford slowly dragged himself to his feet, slapping the dirt from his hands and legs, and limped over to a bench on the side of the park’s basketball court, where he used his discarded T-shirt to wipe the sweat from his lean torso. Then, having put it off as long as he could, he gripped his right wrist, gingerly turning his arm and craning his neck to try and get a look at his newly raw skin.

“Hey, buffoons!” Coming out of nowhere and storming past Ford and onto the court, Cicely stopped between the two behemoths. They froze to look down at her as she glared back up at them. “How old are you?” she asked, poking Royce in the chest.

“Then why are the two of you acting like seven-year-olds?” Ford grinned as Andy and Royce stared at their feet. Cicely appeared to calm somewhat and continued more gently, “I’ll take Ford to Dr. Milton and get him looked at.” She put her hands on her hips as she faced Andy. “But first, you apologize to Redford.”

The man’s blue-sky eyes went big and round, then narrowed quickly. He obviously wasn’t too keen on the idea of apologizing. Nevertheless, he tossed a boyish, jet-black lock of hair out of his face and opened his mouth to speak, but Cicely held her hand—the one with the engagement ring—in his face and turned to look at Royce. “And you, apologize to Andy for shoving him.”

Both men mumbled their apologies, and Ford almost heard Andy’s from where he sat.

I hope you enjoyed that.

BLURB: When he finds himself captivated by a movie-star handsome stranger he meets in a bar, lawyer Ford Reilly watches a simple one-night stand develop into a taste of what living honestly might bring him.

Out and proud Gus Hansen has built a small architectural firm from nothing, but could lose it all as he tries to break a contract he signed before knowing about the project’s antigay ties.

After Ford discovers he spent a passionate night with the man on the other side of the dispute he’s handling, he finds himself in more than one quandary. He can either maintain the status quo, enforcing the contract to the letter, or he can defy his overbearing father and break free of the closeted life he’s built for himself in order to be with Gus.

Gus has his own choices to make. He knows the sting of loving a man who hides himself, but the longer he lingers in Ford’s presence, the more difficult it becomes to deny their attraction.

ABOUT THE AUTHOR: A native of West Virginia, Dawn Kimberly Johnson earned a BA from the Marshall University W. Page Pitt School of Journalism and Mass Communications and worked as a copy editor at The Charleston Daily Mail for eight years.

And here we are, another week down, another pretty fantastic week in store as we race through the month of December. We’re nearing the completion of our Dreamspinner Advent Calendar reviews, but that doesn’t mean the end of the holidays stories we’ll be featuring before the end of 2013.

We’ve also been busy little elves, compiling our lists of favorite reads for the year, which is always harder than it sounds. We’ll be featuring those as we head toward the New Year, and rumor has it, there may even be a giveaway involved, so stay tuned!

For now, though, here’s what’s on tap for the week ahead.

Monday – Brita Addams drops by to share some memories of Christmas past and a delicious holiday recipe.

Tuesday – CJ Anthony drops in to do a little feature on her book Heaven and is giving one lucky reader the chance to win an E-copy.

Wednesday – Kol Anderson kicks off the promotion of his new novel Heart right here at The Novel Approach, with a little taste of the book and the chance win to an E-copy.

Thursday – Dawn Kimberly Johnson visits today on her Button Down Blog Tour, and she’ll be offering the chance for one lucky reader to win the book.

Friday – AF Henley drops in for a visit to talk a little bit about The Gift, and is planning to make a gift of the book to one lucky reader.

Eden Winters will also be here with a guest article about plagiarism and how it turned out to have a happy ending.

Saturday – Hayden Thorne will be our guest with a Backlist Book Bump of her book The Glass Minstrel, and just in time for the holidays, she’s also offering a giveaway.

Sunday – K.A. Merikan drops in on the Special Needs 2 Blog Tour, so stay tuned. They always have something good in store.

And there you have it! Until next time, happy reading!