At a Glance: Wonderfully written characters and a beautiful world where magic exists

Blurb: When the line between fairy tales and magic, and the real world become blurred, can love really conquer anything?

Leo Marsh is having a bad day. He just caught his boyfriend cheating on him, and not for the first time, then he falls, quite literally, for a man who has to be too good to be true…. When Leo slips and falls on some ice in front of Jack, Jack sees something all too familiar in Leo’s eyes. For over fifty years, Jack has existed in a solitary life of ice and bitterness. Just like Leo, he was betrayed by a man he loved, and swore no one would ever break his heart again: he gave up on love, and it seemed love had given up on him.

But if by fate or magic, Jack and Leo find their paths crossing for a second time, and with a little guidance from friends, dare to take a chance on each other. The problem is, Jack isn’t the charming and uncomplicated guy Leo thinks he is. When Jack gave away his ability to love, he became something else, someone cold and unloving. He became Jack Frost.

As Jack and Leo get closer, Jack is left torn and confused. Jack yearns for anything that reminds him of his humanity, but the truth is, he feels nothing, not warmth, not love, and he knows he might never be able to love Leo the way he deserves to be loved.

Review: First off let me just say I love the cover of this novel. It’s stunning and fits the story so perfectly. The color is so eye-catching and really makes me think of Jack’s eyes, which are described often throughout the story and captivate Leo. And the cover model? Gorgeous.

With that out of the way, I have a confession to make. I adore the character Jack Frost and have had a mild obsession with him since watching Rise of the Guardians when it came out. I’m not ashamed to admit it. However, it was nice to see in a recent interview with the author that she, too, enjoyed the character, and this book is a result from that.

I loved it. Jack Frost might be a popular winter character in folk tales, but Russell gives him a new story. This Jack is not the only Frost out there, but one of many. He is a man who finds himself with a heart of ice after he gives up on love and is then doomed to exist forever without love.

The story broke my heart and had me tearing up often. I also laughed a lot, because while heartbreaking, Jack has a mischievous spirit which follows along with the tales many of us are familiar with.

And then there’s Leo. The book opens with him catching his boyfriend of several years cheating. Despite what should be a clear way out, Leo is torn because this isn’t the first time Mac has cheated. It’s the first time he’s caught him, but it has happened before, and he still loves him. After leaving, he runs into Jack—Just Jack—who helps him when he slips on the ice and hits his head.

Totally Jack’s fault, by the way.

While the two of them are attracted to each other and Leo wants more, there’s just one problem: how can a man with a frozen heart love someone? A man who cannot even feel the warmth of a human body? Oh yeah, and there’s one other teensy tiny problem with the whole magic ice thing: Leo doesn’t know who Jack really is.

This book really was fantastic. I loved the reimagining of the Jack Frost story, and what made it special was the idea that many Jacks exist, not just one. In fact, I would love to see more stories about Jack Frost from this author. Some people might think that would be repetitive, considering the characters would have the same name, but really, the possibilities are endless! Russell has taken a well-known story and made it her own with wonderfully written characters and a beautiful world where magic exists.

You can buy Just Jack here:

At a Glance: A wonderful fantasy with snarky teens and a well-developed world

Blurb: Connor Roth is a fire mage who’s going places. He’s powerful, popular, and he has a plan. But his plan for fame and glory is disrupted when the Oracle sticks him with Landyn Glendower for Senior Trial. This is an act unprecedented in their school’s history. Landyn is a water mage, and everyone knows mages with opposing elements can’t work magic together.
Connor is left with a choice: work alone and fail or swallow his pride and work with Landyn to find a way to combine their magic in a display the Archmages will never forget—if they don’t get kicked out of school in the process.

Review:This review is for a young adult title from Harmony Ink Press, an imprint of Dreamspinner Press. That said: I could read an entire series with Connor and Landyn. This 64 page novella is NOWHERE NEAR long enough, and yet despite this, what is on the page is wonderful. The world is well developed and understandable, and the characters are unforgettable. Connor and Landyn are distinct and have their own voices. Both have strong personalities, just as strong as the fire and water magic they control.

I’ve never read Agatha Bird before but just from this book, I can tell she has skill. For example, all of the snide comments and riffs the characters give each other fit their type of magic, and it’s never forced. No, it fits seamlessly in the story. I laughed so many times and highlighted more of this book than is strictly necessary. One of my favorite scenes is between Landyn and Connor fighting about being paired together. They’re bickering, of course, and after Connor asks how Landyn would feel about having no eyebrows, Landyn returns with this gem: “How do you feel about toilets exploding on you at every opportunity for the rest of your life?” HA! Maybe it’s my juvenile sense of humor (I am a teacher), but I was rolling.

They often refer to their elements when cursing each other or their emotions. Connor mentions the “scorched earth of his hope.” Dugan calls Landyn a “puddle-licker.” Little details like these just made the book so much more awesome. I really wish I had written this book. I just finished it and I already want to go back in and read it again.

Now, a plea to the author: Can we please have a series with these two, post trial? Because I will be the first one to buy the books.

You can buy Recipe for Magic here:

At a Glance: A fun, sexy paranormal read

Blurb: Payne has always had trouble fitting in, and being abandoned by his parents has left him reluctant to trust anyone. He knows he’s different, but he has no idea how different until his grandfather invites him to Blackwater Falls—a beautiful estate he’s offered as his inheritance. Payne thinks it’s too good to be true, and it turns out he’s right.

Walking the wooded trails of the estate begins to awaken something in Payne. As he discovers his Fae nature, he learns his family’s legacy: to serve as caretakers to a preserve for Sidhe, Fae, and other magical creatures. Word of the return of the long-lost Fae prince reaches the preserve’s inhabitants, and Payne must navigate a world of political intrigue he can’t begin to understand as various factions seek to entice him to their Courts.

Dragon Aden Canicus offers to tutor Payne, and the tension between them is instant and growing. But prickly and aloof Aden keeps Payne at arm’s length. Unable to trust their connection when his family is threatened, Payne seeks other allies. Their direction leads him down a dangerous path where a dragon’s affection is the least of his concerns and may even end his life.

Review: ::sighs dreamily:: I might have let out a little squee with this one. Who doesn’t like a good sidhe/fae, all things magical romance every now and then?

In Skye Dragens’ Twisted Roses, we meet eighteen-year-old Payne, who is in for the shock of his life when his absentee father shows up out of the blue to bring Payne back to the family estate. What’s waiting for him is a nothing short of amazing.

Like I said, we meet all sorts of magical creatures, some drool worthy, some so nasty you might want to vomit a little bit. I liked Payne as a character and thought he made a believable weary, horny slightly out of control teenager. I like that he has a little freak out after learning that magic is real, and it suddenly plays a huge part in his life. Then we meet Aden, one of the drool worthy creatures, who is not only Payne’s tutor but also someone Payne has a bit of a hidden past with. It was so fun watching Payne try to seduce the grumpy Aden. You almost feel like fist pumping whenever Aden gives in.

So if you’re in the mood for a fun, sexy paranormal read, this book is probably for you!

You can buy Twisted Roses here:

Blurb: Caiden Jones is part-selkie and lives an idyllic life by the sea in South Australia. He’s had his fair share of disappointments, like being kept out of the Navy due to his mythica status, but overall he’s got a pretty good life. Until he’s in the wrong place at the right time. END_OF_DOCUMENT_TOKEN_TO_BE_REPLACED

Title: Pearls in the Darkness

Blurb: Sometimes truth is stranger than fiction. When Tanner goes on vacation to get away from school and work, he learns this the hard way. END_OF_DOCUMENT_TOKEN_TO_BE_REPLACED 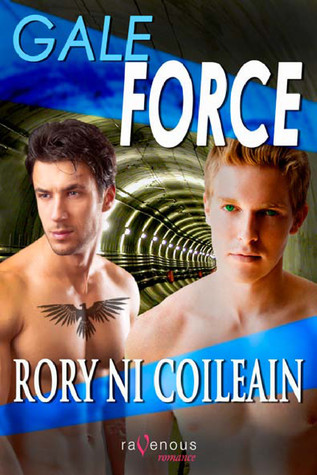 Blurb: Conall Dary is the most powerful mage born to the Fae race since the Realm was parted from the human world, over two thousand years ago. But that very power condemns him to a lifetime of celibacy, because sex calls to power, and he has power enough to drain a world. When he refuses to use his talents for a Noble lady’s petty revenge, he finds himself shanghaied to the human world, his soul torn in half and his magick blocked. END_OF_DOCUMENT_TOKEN_TO_BE_REPLACED 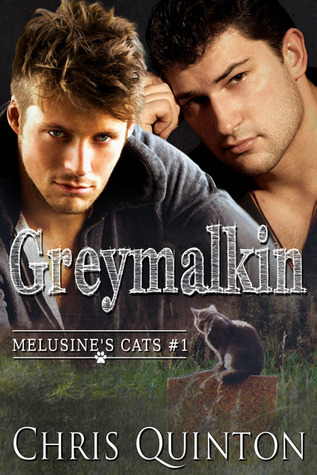 Blurb: The mutual attraction between Jesse and Will is a bonus for Melusine when her enemies close in and she needs to rebuild her war band—starting with Jesse, Will, and Greymalkin. END_OF_DOCUMENT_TOKEN_TO_BE_REPLACED