At a Glance: This is a strong beginning of a series.

He dreams of escaping his mobile-home prison and finding a normal life. Of breaking free of his agony, finding a woman to love, becoming a teacher.

But some horrors you can never outrun. There’s nowhere to hide. Some nightmares chase you in your sleep and steal your freedom like a brutal thief. Some brothers never give up and never answer why.

Review: Wow, just wow. This is my first time reading this author and he’s got me hooked. I’m definitely going to be reading more from him in the future. This brotherly bond has to be, hands down, the most warped, heinous and blood curdling relationship I’ve ever read, and I loved every minute of it. I know, I’m warped, it’s okay.

In the stories I’ve read that have a twisted brother relationship, there has always been a reason to the question of ‘why?’ Why are they behaving this way? Why do they do the things they’re doing? With this one, however, there is no complex backstory or sympathetic yet unjustifiable reason offered for Miah’s sickening behavior towards his younger brother, Alex. At least in this first installment, anyway. Oh yeah, “I don’t like you” is the only response we get. Chilling.

The author makes you totally empathize with Alex by putting us in his shoes and his head while these traumatizing events are going on, feeling the emotions right along with him, the pain, the hurt and most of all the immense fear he feels around his brother. I just wanted to yank him out of the book to stop him from being hurt. He’s a gentle person who only wants to be loved and doesn’t understand his brother’s hatred towards him. But this is where my head goes while reading stories like this: what happened to make Miah into this monster? Was he born psychotic? Was he abused in some way early in life? Why does he need this control over Alex? We are privy to Miah’s thoughts too, and his lack of feelings for his brother is frightening. He gets pleasure from causing his brother pain, that much we know. What we don’t know are the whys. This leads me to think the author purposely left out any explanation to Miah’s behavior, and I’m okay with that. It’s a serial, there’s more to this story.

With this being such a short read, the author makes it seem like a novel. There’s so much story here. It starts out with them as adults and transports us back to when they were kids. I can tell you, it got my heart beating with fear for Alex because I knew it wasn’t going to be pretty; what it was is downright disturbing. We then come full circle to present day. Alex has severed ties with his brother, leaving for college right after high school, and never looking back. But Miah has set in motion a series of events that brings Alex to him. With an ending that had me screaming for Alex to run, I can only imagine what the author has planned for these two. I await anxiously for part two.

Now, as I read in the acknowledgements, I see the author lists Kol Anderson as one of his inspirations. I’ve read all of Mr. Anderson’s books and can see his influence in this story. The similarities I’ve picked up on are how both authors make you have a love/hate relationship with the bad guy. For me, there is always a reason as to why a person becomes who they are. My hope is that Mr. Tonlet give us some kind of resolution behind Miah’s actions towards his brother. Will it condone his behavior, absolutely not. But I believe it’ll make us understand the why of it.

This is a strong beginning of a series. The author does a great job of whetting the reader’s appetite and left me wanting more. I know this isn’t going to be for everyone, but for those like me who love a dark, gritty read, don’t miss out. Read. This. Now.

I will give a warning here, this isn’t for the faint of heart or those with triggers. There’s physical abuse, animal abuse/killing, incest and dub-con sex.

You can buy Brothers LaFon here:

“I am afraid of him now. The one I love most in the world.” – Neil Jordan 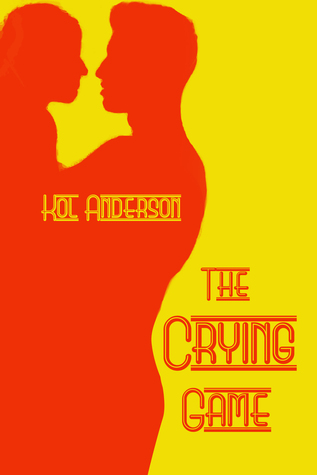 Blurb: William Davenport can’t take the weight of the secret in his life any more.

When his brother makes the ultimate sacrifice for their family’s legacy and leaves William in the cold, it may just be time to accept the reality that everyone wants him to accept. END_OF_DOCUMENT_TOKEN_TO_BE_REPLACED

“Because brothers don’t let each other wander in the dark alone.” ― Jolene Perry 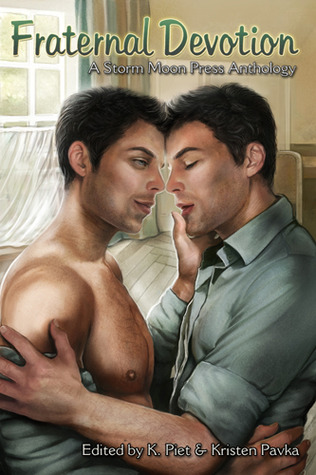 Blurb: When you pit knowledge against emotions, there’s the no-man’s land in between those two opposing forces where taboos lie. Incest is one of the untouchables, a taboo that even in alternative cultures is often still looked on negatively. But how can something that feels so right be wrong? In Fraternal Devotion, the focus is on brotherly love—in every sense of the word. These are tales of love, lust, devotion, and passion as real as any other romance. Why should the fact that the two men are brothers take away from that? This collection may challenge your assumptions and beliefs, but may also melt your heart. Not to mention steam up your glasses.
END_OF_DOCUMENT_TOKEN_TO_BE_REPLACED