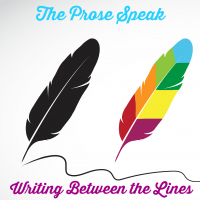 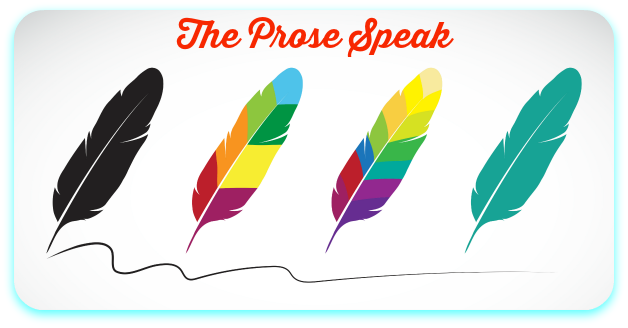 We’re so pleased to have first time visitor author Rodion Rebenyar join us today to introduce himself and his work to you.

No case of mistaken identity

Not something I’ll grow out of in time

— from BOYS ON PURPOSE: A Collection of Poetry,

Available for purchase at Amazon

Having stumbled into writing not on purpose, I have discovered that authors count on several factors to attract readers. Naturally the quality of our writing is foremost, and our ability to hold the reader’s interest ranks high on the list. Having an attractive book cover also pulls in many more interested parties, and it can also boost sales.

As a voracious reader, I found that a clever title always worked well for me. Using a familiar phrase or set or words in an extraordinary way never ceases to fascinate me. I began playing with words and deconstructing familiar phrases to come up with a title for my first book. I felt I had latched onto something catchy when I composed several gay-themed poems. One of the shorter ones is featured above, and three words from the last line became the title of my first collection, self-published in April 2011.

For my second book, I wanted to continue on the same theme: a story with decidedly gay overtones. And I wanted to make it my story, but fictionalize it to a greater extent. I harkened back to three words from my poem: “not by choice.” I began to ponder why so many people outside the LGBTQ community insist that homosexuality is not something a person is born with, but a choice. I thought back on various ways our community has been maligned: Anita Bryant’s pro-family campaign of the 1970’s, the fears surrounding the first cases of AIDS in the 80’s, and ongoing issues of same-sex marriage and transgender rights worldwide.

In each of these levels in the struggle, I watched opposition forces try to demonize our community. Their attempts only served to galvanize us more each time. So our choices are within the lifestyle. As I developed material for my novel, I considered the choices I had to make, the conditions I had to weigh in moving forward in my life. Having to conform to a Leave It to Beaver model confused me as a kid. Even as a young adult I still had doubts: why was I different? Why didn’t I have positive role models to help me grow and mature? I reflect some of the perils in this excerpt from chapter five of THE CHOICES WE MADE: A Story of Gay Friendship, Love and Tragedy – Amazon

My mind travelled back again to visions of how stoic and jaded all those little cocksuckers at the party had acted. I’d have bet anything that they had suffered the same humiliation I had as they were growing up. I could not imagine it any other way.

I shuddered as I recalled all the spat-upon cafeteria lunches I had endured. Recalling my bashed-in hall locker with the words PUSSY and YOU DIE FAGGOT scrawled across it still pains me today.  Taunts, jeers as well as veiled threats were  made  right  to  my  face.  And all the while no one lifted a finger to help me, the  school administration least of all.

All of my self-published books are featured on my website: crowbird52.wix.com with links to the purchasing sites. Both paperback and Kindle formats are available.

My spouse is an also an author, and I must credit him and several writers gatherings in the Sacramento, California area for allowing me to accompany him to their meetings, getting me involved in “free writes,” and continuing to encourage me in my literary workouts which, as most of my fellow authors know, can be as strenuous as doing something similar at the local gym…if not more so! 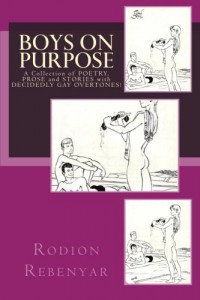 Boys growing up in the United States during the 1950’s and 60’s has little, if any, information about being “different.” There was literally no one to turn to for advice or encouragement. If anything, the dictates of the culture and societal pressures made them feel insecure and outcast.

In this first-published collection, Sacramento-based writer Rodion Rebenyar has complied a variety of poems (written specifically for and with those who don’t normally like to read poetry in mind), prose and stories which highlight one boy’s journey through this turbulent decade. It is a time of discovery, terror and ultimate victory over body, mind and soul.

Mature readers will relate to much of what is discusse here. It will make them laugh, cry, relfect and perhaps feel uncomfortable at times.

Younger readers may gain insights from this collection and come to the conclusion that growing up gay in the United States hasn’t changed that much in half a century.

The collection is illustrated with many magazine covers and ad copy of the era, plus a series of classic cartoons by artist Richard Steen (all of which seem tame by today’s standards, but which were highly controversial at the time they were published in male model and physique magazines). 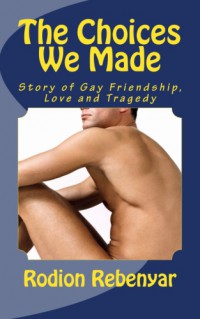 The Choices We Made: A novel about true friendship overshadowed by the choices, both good and bad, made by several young gay men during an eight year period encompassing the late 1970’s and early 1980’s.

You’ll be seduced by Damian’s sophisticated charm, won over by Jeremy’s good looks and debonair “Southern fried” style, fascinated by Tim’s weird and kinky proclivities, struck by Tony’s undying devotion, confounded by the stark contrast of Kofi’s willingness to serve and comfort to Carlos’s passion for domination and control, confused by the strange duplicity of the ostensibly straight guy Marcus, cringe at the ins and outs of being a roommate with Keith and Ernie, not to mention being amused by the narrator’s self-styled “den of iniquity,” admiring his often wise and frequently zany parents, laughing at his campy sidekick Randall, marveling at the effervescent Uncle Frank as well as a host of others from various stations in life.

The author reflects the tastes, attitudes and styles of the times, in addition to highlighting several significant events which made headlines for the gay community, both in positive and negative ways (the Anita Bryant controversy, religious and moral intolerence, AIDS, urban challenges, fashions and fads — just to name a few).

The reader will come away with understanding and sympathy reflected in the experiences of true-life characters in a world which existed not that long ago and is worth recalling with pride, affirmation and dignity.

We truly have come a long way in THE CHOICES WE MADE!

Poetry is an echo asking a shadow to dance. – Carl Sandburg

Oscar Wilde once said something to the effect that every portrait painted with feeling is truly a portrait of the artist, not the subject. I suspect there’s some truth to that, and also suspect the same can be said of poetry. What is poetry, after all, but a portrait painted with a palette of words rather than colors? It begins with a thought, an emotion, an event, and ends with absolution for the writer as he examines and exhumes and purges himself of the feelings that have prompted him to bare his soul, or, at the very least, his heart; to take those emotions and turn them into myriad hues of musical words on a colorful scale.

Anne Brooke, Ewan Creed, Hank Edwards, Owen Keehnen, and Geoffrey Knight are the artists who have joined together in this collaborative effort called Falling Awake, a collection of poetry that speaks of loss, betrayal, denial, faith, sex…love. Each piece is but a small window through which the reader is able to catch a glimpse of the authors’ creative talents, each piece telling a story—a beginning, middle, and end—in all the rich tones of a free-form and lyrical language. The collection is aesthetic, much like a portrait, and much like those tangible forms of art, the beauty of Falling Awake will be in the eye of the beholder. But the true beauty of poetry is that, unlike a work of art hanging in a museum, once the poet shares those words they then belong to the reader as well, becoming an emotion in motion.

Falling Awake, in some ways, reads like flash fiction that has been structured with a cadence and rhythm all its own. This collection is being offered as a FREE download from Wilde City Press. If you enjoy poetry at all, I highly recommend grabbing this one as soon as you can.