At a Glance: In spite of a few niggles, I found Lord Loxley’s Lover to be a diverting read.

Blurb: Lord Loxley is bewildered when his noble-born friend and former lover, Miles Rochester arrives on his doorstep and applies for a position as his valet. His friend has suffered a complete loss of status and finances, and has become bitter at the world, but Lord Loxley is determined to find a way to soothe his friend’s pain and restore their friendship and love.

Review: Miles Rochester was once a young man of considerable means and social stature, despite his mixed-race heritage, now brought low by the loss of his family’s fortune. The downturn in financial circumstances translated to the abandonment of everyone he’d once considered a friend. Everyone, including Lord Fitzhenry Loxley.

When we’re introduced to Miles, he’s applying for the position of valet to Lord Loxley, and it’s here that we learn not only that Miles has fallen on difficult times but that he and Fitz were once lovers—not necessarily a surprise given we know from the title that this book is a romance—but the story doesn’t begin in a romantic way.

What the author introduces us to is a Miles who’s bitter and taciturn in nature, treating Fitz in a cold and distant way, clearly angered that his life has come down to one of servitude. What isn’t made altogether too clear is why Miles would stoop to applying for this particular position when it not only proves to be beneath his intellect and business acumen but also means humbling himself (though, he truly is less than humble) to someone from his past against whom he carries a grudge, a question that I felt was never answered in a meaningful way, but again, given that this is a romance we can make some educated guesses, and without the available position and Miles’ answering Fitz’s need, we wouldn’t have a story.

Lord Loxley’s Lover is a friends-to-lovers-to-enemies-to-lovers again story, though it’s Miles’ anger rather than Fitz’s lack of desire for the man that keeps them on opposing sides for much of this novella. Miles spends a good deal of the story’s word-count lusting after Fitz, then growing cold and distant, seemingly resentful, while Fitz remains ever hopeful, determined to do everything in his power to bridge the distance between them and mend what he’d unintentionally broken years before. Lord Loxley’s portrayal is close to that of the damsel in need of rescuing, definitely the more submissive of the two men, as Miles sets about the job of proving himself indispensable to Fitz and his family’s estate.

Katherine Marlowe knows her way around the Regency Era and a historical romance. The obligation of a man to marry for appearance’s sake, marriages of convenience that allowed gay men to avoid the questions and speculation they’d have otherwise been subjected to—there’s an authenticity to this story, with a tidy solution to Fitz’s marital issues, and then a bit of fancy thrown in to give it a sweet happily-ever-after.

The only thing I did feel deserved a bit more page time and dialogue paid to it, apart from the issue of why Miles applied for the position of Fitz’s valet in the first place, was Miles’ quick about-face at the end. Fitz’s final gesture to bring the man he loves some happiness was a kindness beyond measure, but one moment Miles was livid with Fitz, the next he was utterly forgiving, without much exposition of the turnabout in his feelings. In spite of those niggles, however, I found Lord Loxley’s Lover to be a pleasant diversion. 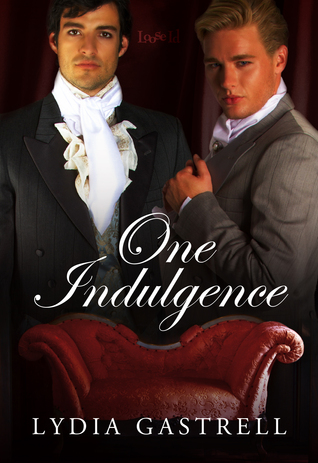 Blurb: When Henry Cortland, the Earl of Brenleigh, comes to London to fulfill his duty and take a wife, he also decides to first fulfill his most secret and suppressed desires. He wants to spend just one night with a man. A sultry encounter with a handsome stranger surpasses all his hopes, leaving him certain that he will live off the memories for the rest of his life. END_OF_DOCUMENT_TOKEN_TO_BE_REPLACED