“Too often, we miss out on opportunities in this life because we were too busy waiting for them to fall into our lap that we missed them tapping on our shoulder.” ― Daniel Willey

Title: I Survived Seattle (Coming About #1)

Blurb: As if being a deeply closeted gay man living in the South isn’t enough, Justice Crawford also suffers from a crippling anxiety disorder. Flying cross country to be the best man in his best friend’s wedding probably isn’t the best idea, right? Forced back into the closet after being rejected by his family, Justice has given up on the idea of finding acceptance and love. He has allowed his disorder and his troubled past to keep him from taking a chance, but love might just find him where he least expects it… in Seattle.
END_OF_DOCUMENT_TOKEN_TO_BE_REPLACED

“Good friends help you to find important things when you have lost them… your smile, your hope and your courage.” – Doe Zantamata

Title: As You Are

Blurb: Operation Danny…that’s all bartender and recent college graduate, Julian Hallowell has had on his mind the past year. Julian may have no idea what he wants to do with his life, but he definitely knows he‘s in love with the boy next door: The one in next room to be exact, his roommate Danny Wallace.
END_OF_DOCUMENT_TOKEN_TO_BE_REPLACED

Title: It’s All Geek to Me

Blurb: Jez is on a mission of mercy: to replace a tragically deceased comic book for his injured best mate, Tel. Venturing into the Hidden Asteroid bookstore in London—the temple of geekdom itself—Jez is bowled over by the guy behind the counter.
END_OF_DOCUMENT_TOKEN_TO_BE_REPLACED

“Human hands will deliver him,
The mate foreseen of old,
A comely lad, fair of face,
That bard’s tales have foretold.” – Eden Winters 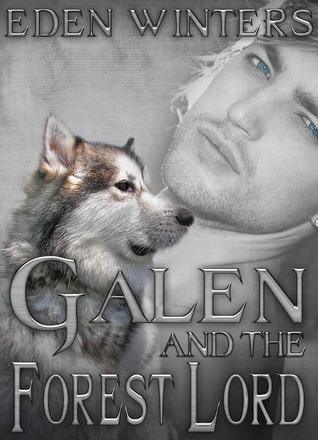 Title: Galen and the Forest Lord

As a matter of self-preservation, a man needs good friends or ardent enemies, for the former instruct him and the latter take him to task. – Diogenes

This was the second time I read Self Preservation by Ethan Day. The first time, it was released by a different e-publisher and I gave it three stars. The editing was missing completely from that version. I have to admit I had forgotten the reason I gave it three stars and I was not looking forward to re-reading it for this review. Why did I volunteer? I think because I had already read several Wilde City Press e-books and had found true nirvana. Almost flawless editing, proofing and formatting. This version of Self Preservation is a now different animal entirely from its previous incarnation.

To me, story is King. But the court jesters of bad proofing, editing, formatting and spelling can assassinate the King. Because of the much needed improvement in those areas, which were made by Wilde City Press, the story in Self Preservation was able to shine through. I got my first true taste of this lovely, heart-warming book.

Ethan Day is one of my favorite authors, genre be damned. He is witty, snarky and creative but also has emotional depth that translates well onto the page. Or screen if that’s how you read. He created characters in Self Preservation that were so likeable, I wasn’t sure I was rooting against ANYONE! I wanted them all to get their HEA.

Davis is invited to Jack’s wedding. Jack was his first love and Davis has been in a holding pattern for six years, just waiting for the moment Jack will walk back into his life and tell him he made a mistake by leaving him. Now Jack is marrying a man he has only know for weeks. A man named Tadd. Tadd the toad!

Davis and his best friend, fashion designer Desiree, decide to go to the wedding, planning to make-over Davis and get Jack back for himself. As usual, the best laid plans of mice and men and all that.

After much tomfoolery an nonsense, it turns out Tadd isn’t such a toad after all. And Tadd’s best friend Alex, he is just a knight in shining white armor. The wedding happens (of course it does, you didn’t expect such a quickly planned caper to work!).

But a funny thing happens on the way to the HEA. Alex likes Davis. Really likes Davis. And Davis is pretty sure he likes Alex right back. Desiree, she has a big secret of her own and meets a tall, dark and handsome stranger at the reception.

The over-arching observation for me in Self Preservation is that Ethan Day injects humor into every possible little nook and cranny that he can find. He had me laughing out loud so many times! But he also had me crying. I think that an author capable of causing such heights of humor and happiness is equally capable of causing us to tap deeply into our inner well of sadness. Not all authors choose to do that. Ethan Day is one of the best at it. He elects to wield every emotion at his disposal, and uses them like stealth bomber. I’m laughing, and then, wait, what? Why am I crying? Ohhh. I get it, that’s funny but it’s so sad, too. The capacity to inject a situation with those opposite extremes of emotion is a rare talent. I have so far not read an Ethan Day book that I have not liked. I know that the combination of his innate talent and the talent of the staff at Wilde City Press (of which he is one of the co-founders, by the way) will be unbeatable. I can’t wait for more. I recommend Self Preservation with no reservations. You will love it.

You can buy Self Preservation here:

Warning: This book may make you laugh until you wet your pants. Or snort out loud. Maybe both. That is not a confession.

On the other hand, it may also make you feel that taut ache in your throat; you know, the one you get when you’re trying really hard not to get all choked up and leak unattractively from your face; because it’s not bad enough that you’re chortling uncontrollably, causing your people to give you the hairy stankeye, but then you’re adding blubbering to the mix…over a book. It could give cause for concern. That is also not a confession. Much. Don’t judge.

So, why the manic depression? It’s all Paul James Auster’s fault! Damn him and his shy, unassuming charms and his rapier wit that sometimes slides soooo very deeply into the realms of, wait. What? A pox on him and his best friend Sandy (a.k.a. Helena Handbasket), and on Wheels, the two-legged canine with a rear drivetrain; a curse on Paul’s parents and on his Nana, and on Johnny Depp, the beaked bitch, anyhow. Don’t ask. Just read the book and you’ll get it. But back to summoning the forces of mayhem: a bane on the existence of Vince Taylor, who not only made me start to believe in love at first sight but then went out of his way to prove it’s real by giving Paul just about the awesomest, most romantical birthday present ever. The birthday gift part may or may not have made me sigh just a little. Yes, that one is a confession, okay? And I’m really only pretending at all this curse business too. Swear. If the truth be told, I shmooped these varied and vibrant species in a super big way.

Tell Me It’s Real is Paul’s story, the story of a man whose self-confidence level is somewhere south of hella low but whose personality is somewhere north of luminous. This is the story of a man who isn’t salon tested and steroid approved; he isn’t what anyone might describe as genetically gifted or socially savvy, but he is real and he’s warm, and he and this delightful cast of characters are more than just words on a page. They’re psychedelic brushstrokes on a kaleidoscopic canvas of wacky and wonderful, and I loved each and every one of them to bits.

More confession time: 1.) I’ve never read a TJ Klune book before. 2.) This will not be the last TJ Klune book I ever read. And that’s about it. No, wait, there is a third thing—I discovered I have a love/unlove relationship with authors who punk me. You’ll get that too, after you read this highly recommendable romantic comedy.

You can buy Tell Me It’s Real here: