At a Glance: This book just doesn’t tick any of the boxes of a great read.

With Richard gone, deaf twenty-four-year-old Brett Julian has lost the last member of his family, leaving him all alone in his world of silence. As another wicked twist of fate, Richard’s old friend Andrew shows up for the funeral and repast, awakening long-dormant feelings within Brett.

After reconnecting with Andrew and confessing his hidden desires for the man, will Brett finally have a chance at happiness? Or will his life get messed up again because his deafness keeps him from hearing what Andrew’s love has to say?

Review: After reading the blurb for this book I was intrigued and just had to read it. I liked the idea of Brett crushing on his brother’s friend and then being reunited years later. I also like that there was a pretty good age difference between them.

Andrew and Richard were great friends but had fallen out of touch. When Andrew finds out that Richard died in a car accident, he goes home for the funeral. While he’s there, he’s reunited with Richard’s younger brother Brett, and he is instantly attracted to him.

Brett is deaf and very self-sufficient, but without Richard, he doesn’t need the large house they shared, so Andrew offers for Brett to move in after he sells his house. Their mutual attraction doesn’t take long to catch fire, and before they know it they’re in a relationship…or are they?

Richard’s ex-boyfriend Troy is trying to get close to Andrew, and Brett’s friend James is putting the moves on him. Right about here is where the story lost me. Andrew and Brett have said they are in a relationship, and Andrew is clear that he isn’t interested in anything but friendship from Troy. On the other hand, Brett is giving the green light to James while being “in a relationship” with Andrew.

Silence just all around didn’t do it for me. I never felt like Andrew and Brett were on the same page in what they wanted or expected from one another, and I didn’t feel the romance in any of it. I would be interested in reading more from this author in the future, but this book just doesn’t tick any of the boxes of a great read.

You can buy Silence here:

“Everything in the world is about sex except sex. Sex is about power.” ― Oscar Wilde 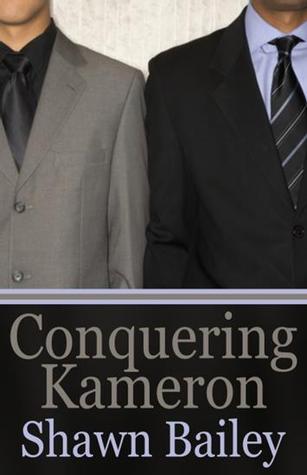 Blurb: Boston University graduate Kameron Santella lands a job with a prestigious publishing house, but instead of getting the job of his dreams, he ends up at the bottom of the corporate ladder, working his butt off in the mail room. One afternoon, he meets a handsome older man named Vern, whom Kameron thinks is a senior editor. Vern takes a liking to Kameron and invites him on a weekend trip to the museum and dinner. Before the outing ends, romance ensues, and Kameron finds himself falling for the silver-tongued devil. But on Monday morning, Kameron gets the shock of his life when he learns that Vern is actually Vernon Henderson, the no-nonsense CEO and publisher of Henderson’s Publishing Company whom everyone seems to fear.
END_OF_DOCUMENT_TOKEN_TO_BE_REPLACED

Desi and Charlie were inseparable as kids. Desi got teased often for his “girlish” looks and Charlie was always there to protect him. Desi’s cousin, Trinity, was a famous rock star. Charlie and Desi dreamed of being just as famous. While in high school, they started a band called Desire. Charlie had realized by this time that he was gay, and he also knew without a doubt that he was in love with his best friend Desi. He decided to tell Desi. What followed was borderline nonconsensual sex.

Desi couldn’t handle the change in his and Charlie’s relationship, and the manner in which it manifested, and had a nervous breakdown. He spent two years in a mental facility working to accept his own sexuality and how it affected his feelings for Charlie and their plans for the future, both their own future and that of Desire. Desire had been unable to find a suitable lead singer in the two years Desi was away.
END_OF_DOCUMENT_TOKEN_TO_BE_REPLACED