Title: A Beginner’s Guide to Wooing Your Mate

At a Glance: It is with great caution I tell you that some of this novel worked so beautifully and some…well, some did not.

Blurb: A Being(s) in Love Story

Zeki Janowitz has returned to his hometown of Wolf’s Paw to start his wizarding career. Unfortunately, Wolf’s Paw, a werewolf refuge, follows centuries of tradition and shuns human magic and a very human Zeki. He knows he’s in for a struggle, but a part of him has always belonged in the mountain town, or rather belonged to Theo Greenleaf. Years away at school haven’t lessened Zeki’s crush on the quiet werewolf. When town gossip informs him Theo still suffers from his mate’s rejection and does not date, it does little to ease Zeki’s embarrassing feelings. He decides now’s the time to get the man he’s always wanted.

Werewolves usually don’t recover from losing their mates, and Theo barely pulled through by focusing on his love of baking. It’s a daily struggle, and Zeki’s return to Wolf’s Paw shatters his peace. Theo doesn’t know what to think when Zeki attempts to woo him, talking about his wizarding business and settling in town for good. It’s like Zeki doesn’t have a clue how his words years before left Theo a shell of a werewolf.

Beginners in love, Theo and Zeki must seduce each other with a bit of heavenly baking and magic.

Review: I need to begin this review by stating unequivocally that I have thoroughly enjoyed this author’s past work. I find the writing style to be very clever, with a healthy dose of tongue-in-cheek humor that is both witty and sharp. So, it is with great caution I tell you that some of this novel worked so beautifully and some…well, some did not. There were times when the dearth of backstory, and the process of creating the community of Weres and their customs/practices, really became confusing. I was initially so pleased that we didn’t get this huge information dump, as most paranormal books tend to do when establishing the world and describing the nuances of pack life. Instead, R. Cooper spread out the dissemination of these important ideas over almost the entire novel. However, in doing so, we came to understand the mating process of Weres and humans very slowly—so slowly I felt it detracted from the growing closeness between Theo and Zeki. Coupled with the stuttering way in which the last third of the book spoke about their courtship process, coming in a series of flashbacks,I was hard pressed to enjoy the tension filled ending of the novel where we would find out their future as potential mates.

Let me step back and give you a brief synopsis of the story and go from there. Teen life for Zeki Jankowitz was rather awful. Moving to the almost exclusive Were town of Wolf’s Paw at the age of thirteen, with his father, Zeki never really fit in to the community. Bullied by two Weres who made it their mission in life to remind him of how unimportant and inferior he was, Zeki spent his high school years crushing on Theo Greenleaf.

Theo was quiet, not your typical Were, and seemingly unaware of Zeki until he interrupts a heated confrontation between Zeki and his tormentors. Zeki is so emotionally angered that he lets the two boys, and, unwittingly, Theo, see his true self, a human who will wield great magical power one day. When Theo realizes who Zeki is, he commits a cardinal sin by approaching him and asking him to go to the upcoming town celebration—an absolute no-no in the Were rulebook. You see, if a Were recognizes his mate as a human, it is then up to the human to make the first move toward courtship. Because Theo was such a young wolf, he overstepped the boundaries and Zeki, who had just been told that Theo could never want a relationship with the likes of him, blurts out a harsh and final “no” to Theo’s request.

Now, Theo is a rejected mate, and the crushing blow to his fragile wolf pushes him to run away, leaving his community and his potential mate far behind for several months. Zeki graduates and leaves Wolf’s Paw to pursue a degree in magic. And that seems to be the end…until Zeki returns and unknowingly seems to be the only person in town who does not realize his hastily spoken “no” has left Theo with such sorrow he has been unable to date or mate ever since.

The interactions between the townspeople and Zeki were nothing short of hilarious. The poor man was clueless as to what others perceived as his rejection of Theo, and seeing the grown firefighting Were once again stirred up all the old feelings Zeki still carried for him. This was the most tender of courtships, stumbling and confused, with old hurts holding the two men back from admitting their burgeoning love for each other. I so wish this could have remained the focus of this novel. Instead, it seemed to ramble, attempting to establish the setting, the silly rules, introducing numerous side characters, and introducing two key figures that will receive their own novel later this year.

I felt there were definite plot holes that needed to be plugged. For instance, while I understood Zeki was not back in Wolf’s Paw for revenge on his bullies, the casual statement of where the two had ended up left us knowing that one of them still lived there in town. In fact, Theo muses aloud about how Zeki was bound to run into him at some point. And then, that plot line dropped. No meet up, no closure—and yet, these two boys really set up both Theo and Zeki for years of hurt and misguided sorrow. Then there was the introduction of the startlingly handsome and charismatic sheriff (also pack leader), and a love interest that obviously has a shady, mysterious past and is in hiding. I gather that the next novel will focus on those two, and yet even the attempt to establish their story seemed sketchy at best and simply served to take more focus away from the main characters and their journey together.

By novel’s end I was strongly hoping we would see a definitive path for Zeki and Theo, and a resolution to the waiting game they were playing due to Theo’s poor self-esteem in thinking he was not good enough for Zeki. Instead, I was left with questions and doubts, and more of a happy for now ending that set the way for the next novel in this series.

A Beginner’s Guide To Wooing Your Mate has all the makings of a really sweet love story, and is a deliciously humorous glimpse into a new world in which Weres and humans coexist. I will be on the lookout for the next novel in this series and hope that it clears up some of the confusing plot points this story left hanging.

You can buy A Beginner’s Guide to Wooing Your Mate here: 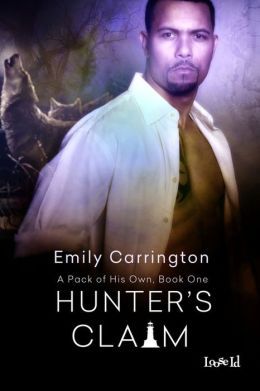 Title: Hunter’s Claim (A Pack of His Own: Book One)

Blurb: Luis Delgado, psychic vampire, is in lust with a half werewolf who thinks Luis is a monster. Luis can deal with lust. That’s one of the fun parts of being a psychic vampire. What he can’t handle is falling in love with the half wolf who wants nothing to do with him. END_OF_DOCUMENT_TOKEN_TO_BE_REPLACED

There’s a doll on my shelf that everyone mistakes for a girl. Could be the long hair, or the skirt, or the high heeled shoes that make people think this, but everyone who meets him knows who he is. Misaki ‘Aki’ Itou, psi, companion, AP survivor and the hidden gem is unforgettable.

When I first started writing Aki’s character he came across to me as very girly—something I am not—into clothes, hair, painted nails, and shoes. His shoe fetish is legendary. But that’s all exterior. The saying “old soul” is barely scratching the surface with him, and as I wrote more about him, delved deeper into his story he began to pour out some very painful and terrifying memories.

At the time the story began I was having a lot of medical problems that no one could explain. END_OF_DOCUMENT_TOKEN_TO_BE_REPLACED